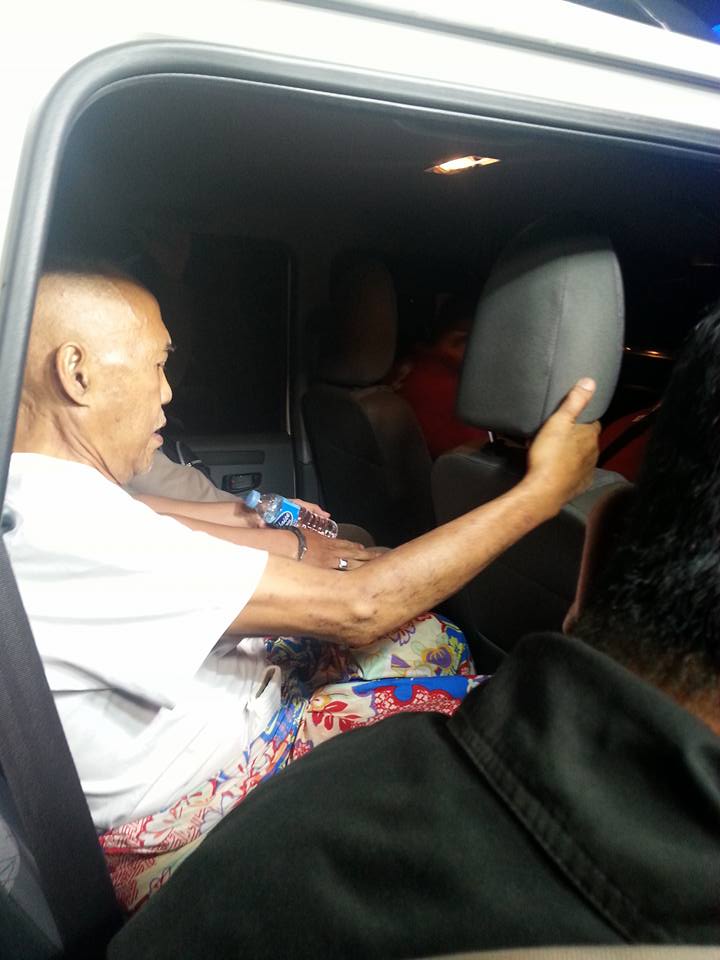 Cayamora, if the father of Abdullah Romato and Omar Cayam Maute together with his second wife Kongan Alfonso Balawag; his daughter Norjhanah Maute and her hudband Benzarali Tingao were brought to Bagong Diwa via C-130 aircraft which left Davao City 10pm Wednesday.

The Bureau of Jail Management and Penology (BJMP) on Thursday confirmed that Cayamora Maute, 67, the patriarch of the Maute brothers, and three others are now in their custody.

“I can confirm that they are now in our custody but I cannot give further details this time muna,” said BJMP spokesman Xavier Solda.

The BJMP is an attached agency of the Department of Interior and Local Government (DILG).

Cayamora was arrested by the Joint Task Force Davao, together with his four companions identified Tuesday at the Task Force Davao checkpoint in barangay Sirawan, Toril district this city.

Ismael remains in the custody of the Davao City police.

Authorities said that Cayamora should be transferred from Davao City for fear that he might be rescued by his colleagues.

The Marawi crisis is now on it’s 16th day.