Posted on June 10, 2017 by NewsLine Philippines 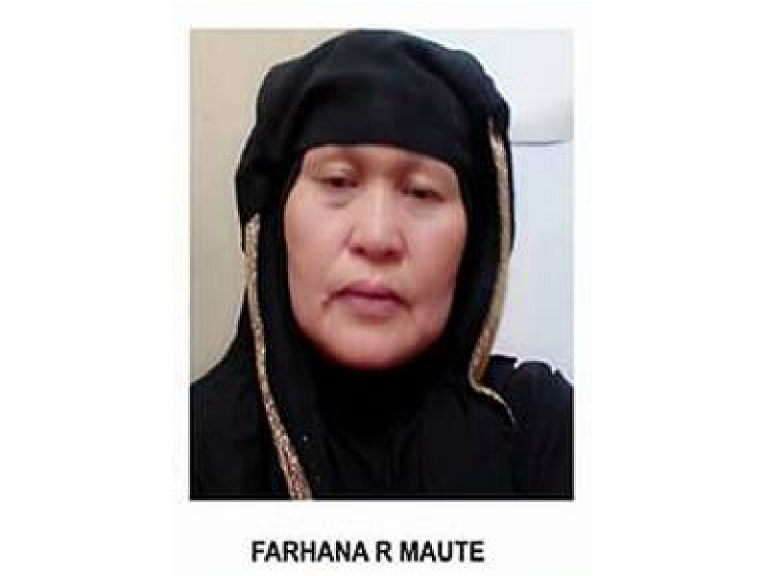 The Maute brothers who are responsible for the ongoing Marawi crisis are subject of military and police operations.

Police authorities arrested Farhana together with two wounded terrorist fighters and still unidentified female companions at around 7:15 in the evening Friday barangay Koramatan in the municipality of Masiu, Lanao del Sur. The town is 36 kilometers away from Marawi City.

The group was about leave the area onboard Gray Revo vehicle when cops found them. Farhana reportedly bought a vehicle and firearms in barangay Koramatan.

Last Tuesday, June 6, Farhana’s husband, Cayamora Maute was arrested along with three other accomplice at the task Force Davao checkpoint in Sirawan, Toril district this city.

Both parents of the Maute brothers are believed to be recruiting soldiers for their sons’ operations but Farhana has always been the bigger fish that authorities had long wanted to catch.

A military source said Farhana is the fund comptroller of the Maute group and she provided shelter for their wounded fighters.-Editha Z. Caduaya/Newsline.ph