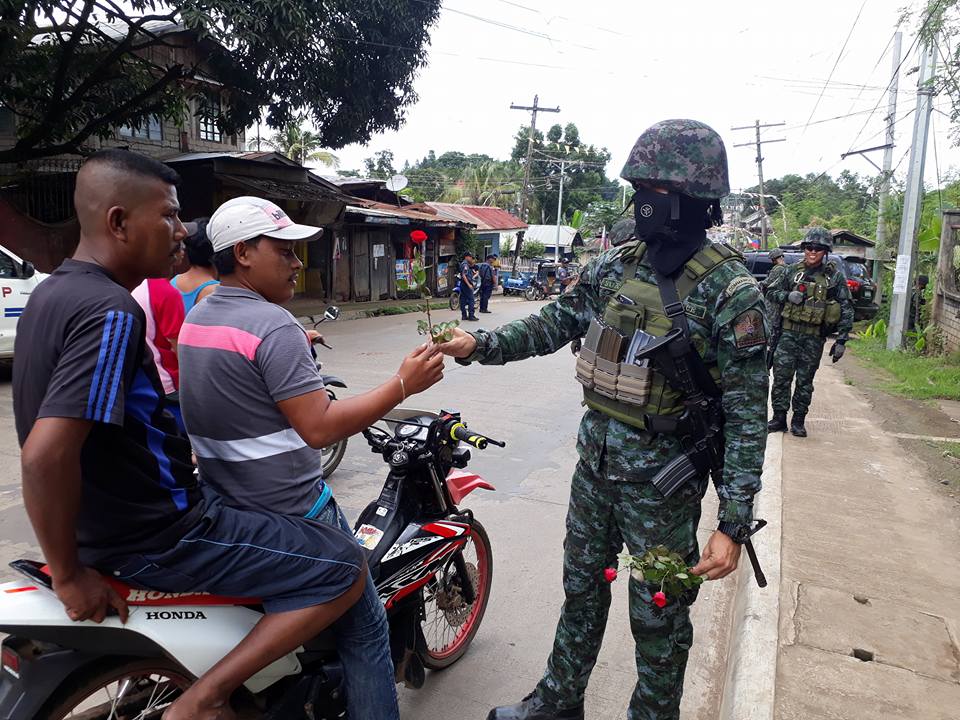 DAVAO CITY, Philippines—Despite the wounds of losing comrades from their organization in the Marawi crisis, members of the 54th Special Action Command of the Philippine National Police in Basilan took a twist to celebrate father’s day , Friday, June 16.

Richard Falcata, a  broadcaster in Basilan was travelling when their vehicle was stopped and upon learning a   father  was onboard the vehicle, SAC troopers greeted happy father’s day and gave a rose.

Daguro told Newsline.ph they were given instruction by their battalion commander Supt. Ledon  Monte to initiate “something” to make the father’s day special for the fathers  in their respective area of responsibility.

(At first we thought of giving letters, but it would not give much impact to a man, so we decided to give roses instead, since if you give a rose to a lady– she is thrilled and maybe boys will feel the same.”

He said almost all father’s who received the roses  were so happy and their wives were also happy when their partners got the roses.-Editha Z. Caduaya with reports from Richard Falcatan/Newsline.ph