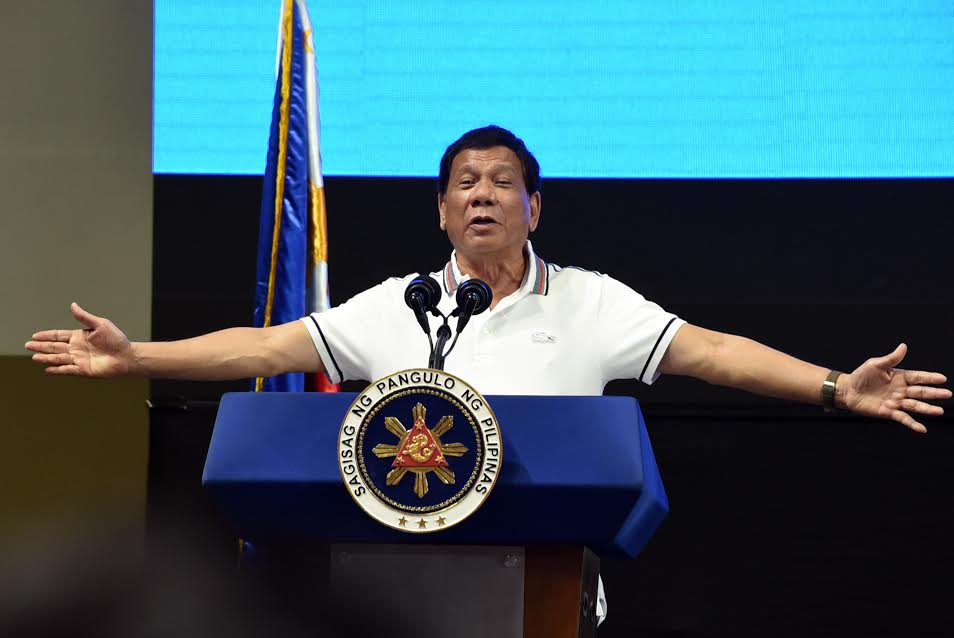 Duterte’s who is well-loved by the people but widely crticized by his political rivals and the Catholic Church shrugged off  when asked about his performance on his first year as president.

When asked how would he rate his first year in Malacañan, During the media interview at Camp Quintin, Thursday, June 29, Duterte quipped “You can rate me good, very good, excellent or very poor, I don’t mind.”

Duterte, who during his term as City Mayor here never rated himself as public servant emphasized “I am not a guy who would want to rate himself. It is up for the people to do that.”

The chief executive wouldn’t care if people love or hate him “If I make you happy, good. If I make you sad, well, I’m sorry.’

Survey results  by the  social weather stations in the country showed Duterte maintained high approval ratings, as people during the survey manifested satisfaction over his leadership though apprehensions of getting killed in the country’s anti-drug campaign is hounding them.

But for Duterte, what he is just doing his duty to protect the  lives and limbs of his countrymen specially the innocent civilians as he vowed to continue his war on drugs.

He reiterated “I cannot simply find wrong with a statement, if you destroy my country, I will kill you.  What is wrong with that.”

For the nth time. Duterte emphasized he will not allow the next generation  of Filipinos to fall into he dark world of illegal drugs.

“As a matter of fact, it is my duty to destroy people who will destroy my country,” he said.

On Wednesday, Duterte’s long time critic, the Human Rights Watch (HRW) reported that President Duterte has unleashed a human rights calamity on the Philippines in his first year in office.

The Rights body in a report stated “The government’s murderous “war on drugs,” drug-related overcrowding of jails, and the harassment and prosecution of drug war critics has caused a steep decline in respect for basic rights since Duterte’s inauguration on June 30, 2016.”

The HRW report said the security forces and “unidentified gunmen” have killed at least 7,000 suspected drug users and dealers since July 1, including 3,116 killings by police, according to government data.

To his critics, Duterte however said “It is my solemn duty to protect my people, I will do it even if it cost by life.”

To the bleeding hearts, Duterte would always say “people judge best when they criticize.”

The chief  executive once said “I am doing my best for my countrymen, you may like or hate me.”-Armando B. Fenequito Jr./Newsline.ph