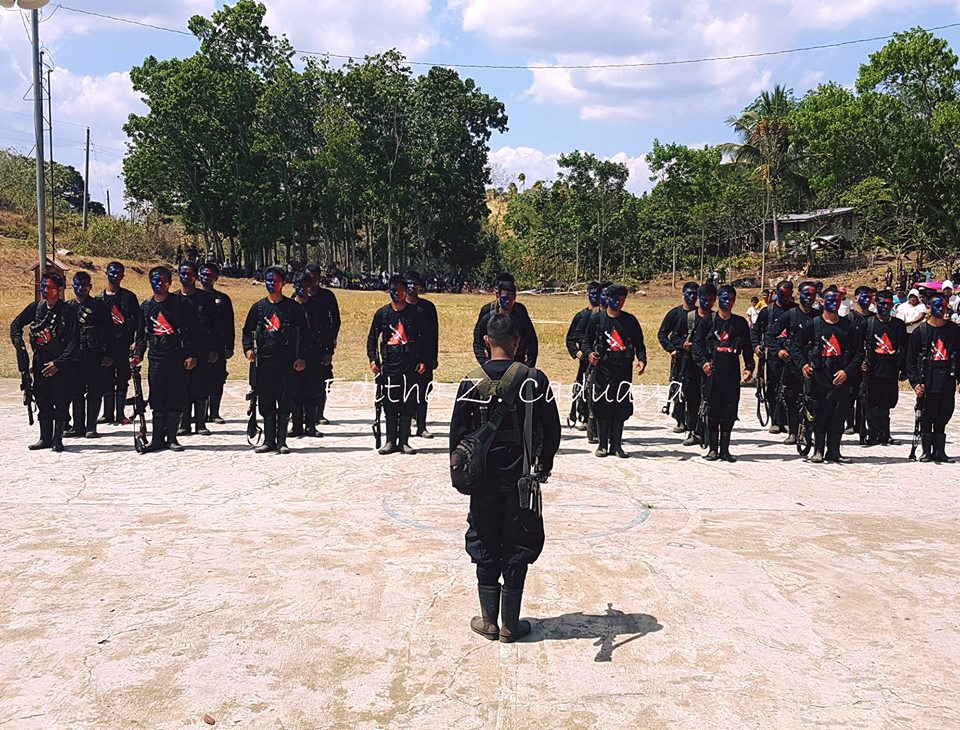 Expressing disgust over the cancelled 5th round of talks with the Communist Party of the Philippines/News People’s Army (CPP/NPA) in May 27 after the rebels ordered its fighters to step up attacks against the military following Duterte’s declaration of martial law in Mindanao.

The president emphasized the need for both parties to be sincere in the light of the on-going talks with the communist groups.

(Would you please stop waging war? I cannot understand, your higher echelon says different thing, Sison (Jose MA. Sison) ordered to engage government forces in this struggle, that they changed it so that they will stop until such time hat Marawi seige is over. It is because—I told them eh, there will never be a space for you if you are a terrorist, you communist, you don’t have space in terrorism).

The president manifested that the communist group possessed double face in dealing with government. One is talking and the other is fighting.

“We can talk, but don’t give me a double face,” he added.

(In the meantime, let us talk in the future, then stop waging war becaus the soldiers might not want to talk anymore).

“Kami, utusan lang kami lahat (We are all servants). We are just co-workers in government basta pulis (even police). But the only reason na medyo mataas ako(Though I am higher), but I do not control everything and I cannot control everybody,” he said.

He emphasized “You decide. Do not create something which is not acceptable also to me and to the guys doing the fighting,” he added.

At the same time, the President renewed his commitment to bring peace to the country, reiterating his intention to negotiate with major rebel groups, including the Moro Islamic Liberation Front and the Moro National Liberation Front.

Duterte told the crowd, He always prays that the war will end soon because he does not like people dying.

He said the military offensive in Marawi City will continue until the last terrorist is taken out.

On June 17, the military engaged in a firefight with NPA rebels in Cateel, Davao Oriential where three rebels died. On the same day, the military again clashed with the rebels at Pantukan, Compostella Valley.

On June 18, around 40 rebels attacked a police station in Maasin town in Iloilo and took 12 firearms, including eight high-powered rifles.

With all the snags in the on going talks, Duterte asked “Would you kindly stop fighting?”.

The President said he was “friends” with the communist rebels when he was a Davao City mayor for 22 years.

“We used to talk. We were friends,” he said.

But the chief executive said he was now “burdened with the responsibility of running the country” and he would fight for his troops being attacked by rebels.-Editha Z. Caduaya/Newsline.ph