NAPOLCOM strips police power  from 7 Governors and 132 Mayors in Mindanao. 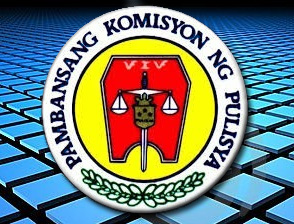 DAVAO CITY, Philippines—The National Police Commission (NAPOLCOM) ordered the withdrawal of the deputation of seven (7) Governors and 132 Mayors in the provinces of Maguindanao, Lanao del Sur, Lanao del Norte, Sultan Kudarat, Sulu, Basilan, Tawi-Tawi and in the city of Cotabato.

Napolcom Vice-Chairman and Executive Officer Atty. Rogelio T. Casurao said that their deputation as Napolcom representatives in their respective areas of jurisdiction was suspended  “for their failure to impose measures to suppress terroristic acts and prevent lawless violence in their territories which is inimical to national security and poses serious threat to the lives and security of their constituents.”

The commission also said, “There were also reports of local chief executives in Mindanao being involved in the illegal drug trade which is tantamount to providing support, in one way or another, to the Maute terrorist group or other criminal elements in their jurisdiction, an act which negates the effectiveness of the peace and order campaign in the country.”

The local executives allegedly engaged in acts that would harm national security or get in the way of the government’s peace and order campaign, provided material support to criminal elements, had too many frequent unauthorized absences, or abused their authority.

The withdrawal of power will mean, local chief executives and Mayor will no longer have administrative control and supervision over the police in their locality which means the police directly gets order from the PNP Camp Crame.

The NaPolCom memorandum was issued on June 8, 2017  Resolution Nos. 2017-334 and 2017-335-A approving the withdrawal of their deputation based on the following grounds:

-(1) engaging in acts inimical to national security or which negate the effectiveness of the peace and order campaign of the government and;

– (2) providing material support to criminal elements. The other two grounds for the suspension or withdrawal of the deputation of a local government executive under Section 65 of Republic Act No. 8551 are frequent unauthorized absences and abuse of authority.

In a press statement on Tuesday, July 4, the commission said that through Resolution Numbers 2017-334 and 2017-335, they stripped the following local chief executives of their deputation:

The commission, however, did not explain  why each local chief executive was sanctioned.

The resolution was issued June 8, but was released only on July 4, in time for the Supreme Court decision declaring martial Law and the suspension of the writ of habeas corpus  valid and within the bounds of the  Constitution.-Editha Z. Caduaya/Newsline.ph