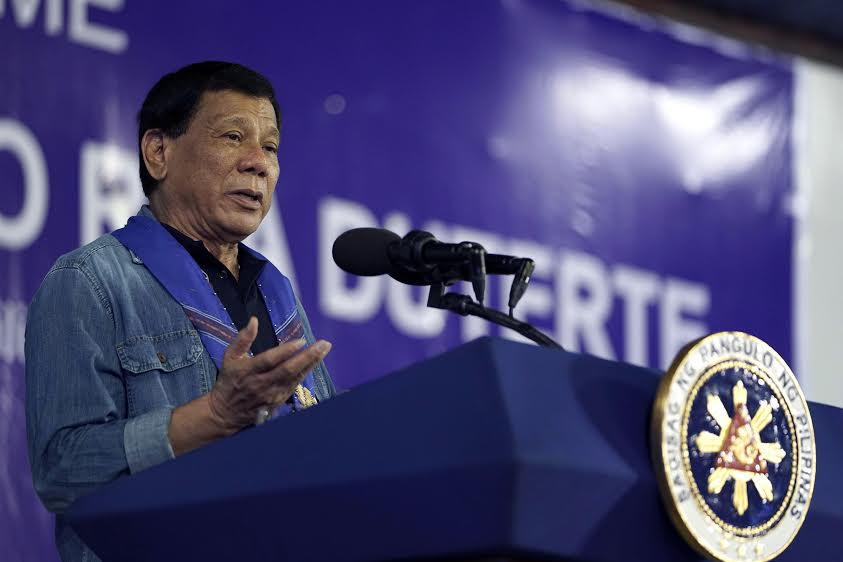 In  an interview at Camp Bahain, Thursday, July 6,  Duterte emphasized “No I did not… he’s a pretender. I have never talked to terrorist, that’s one. I will never talk to criminals and to terrorists.”

Duterte issued the statement after a certain Agakhan Sharief  known in the locality as Bin Ladin claimed one of Duterte’s aide approached him to act as intermediary to start back-channel talks with the Islamic State-inspired militants.

(But if it came from me, I ask the criminls and terrorist? Impossible. despite, I have so many dead soldiers and policemen, they should not make joke throught stories-Let’s talk))

“If there has to be peace, it would really be peace. Huwag mo akong laruin ‘yang away ngayon tapos bukas (They should not  play stories with me, today we fight tomorrow it ends) — let us finish this once and for all,” Duterte said.

An international news organization published a story quoting among other Sharief who claimed Duterte’s aide asked him to facilitate a negotiation with the Maute after the may 23 Marawi siege broke off but the supposed negotiation collapsed as Duterte reportedly withdrew the plan for no valid reason at all.

Shareif did not reveal the facilitator.