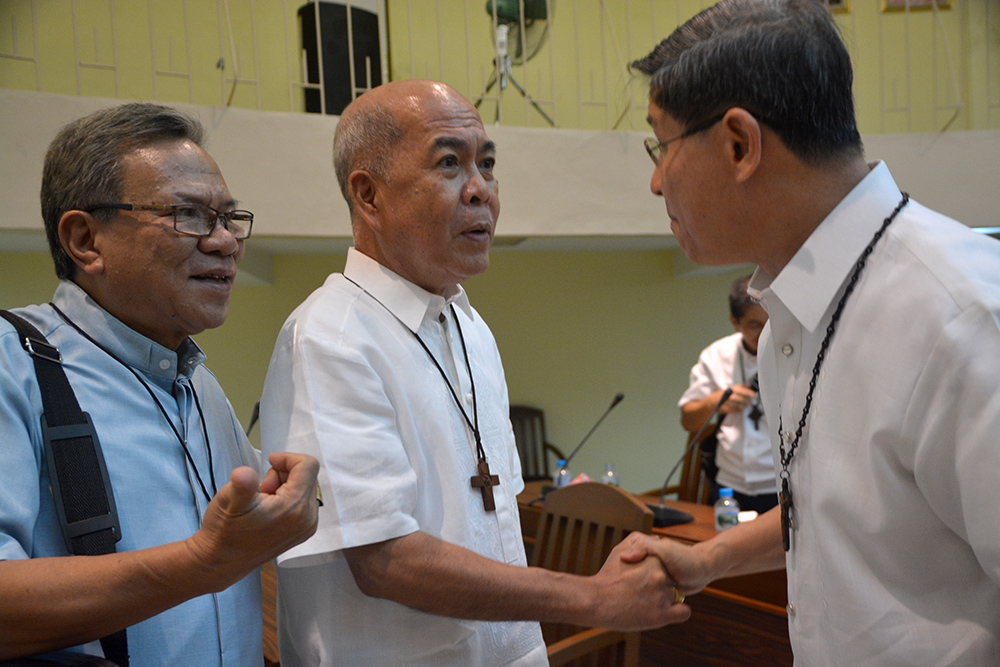 DAVAO CITY, Philippines— Will his election heal the wounds between the Catholic Church and the President?

This question is raised as the Catholic Bishops Conference of the Philippines on Saturday elected its new president, Davao Archdiocese archbishop Romulo Valles.

Valles was elected at the Bishops’ bi-annual plenary assembly held at the Pope Pius XII Catholic Center in Paco, Manila.

Following the CBCP tradition, Valles was elected being the CBCP vice president to Villegas.

Valles will assume office in December 2017.

The archbishop will lead the 83 active, 5 diocesan administrators and 43 honorary members of the CBCP from 86 ecclesiastical jurisdictions.

Ordained a priest in 1976, Valles was appointed as bishop of Kidapawan in 1997. In 2006, he was named archbishop of Zamboanga until 2012 when he was transferred to Davao archdiocese.

It can be recalled that Duterte personally visited Valles afternoon of December 4, 2015.

After the close door meeting, Duterte told reporters “The monsignor Admonished me and lectured to me Christian Values, natanggap ko. from now on I will try to avoid cuss word and promise to penalize myself P1,000 for every violation and donate it to Caritas of the Church.”

With the election of Valles as CBCP president, a question is raised, Will CBCP and Duterte kiss and make up?-Editha Z. Caduaya/Newsline.ph