Posted on July 11, 2017 by NewsLine Philippines 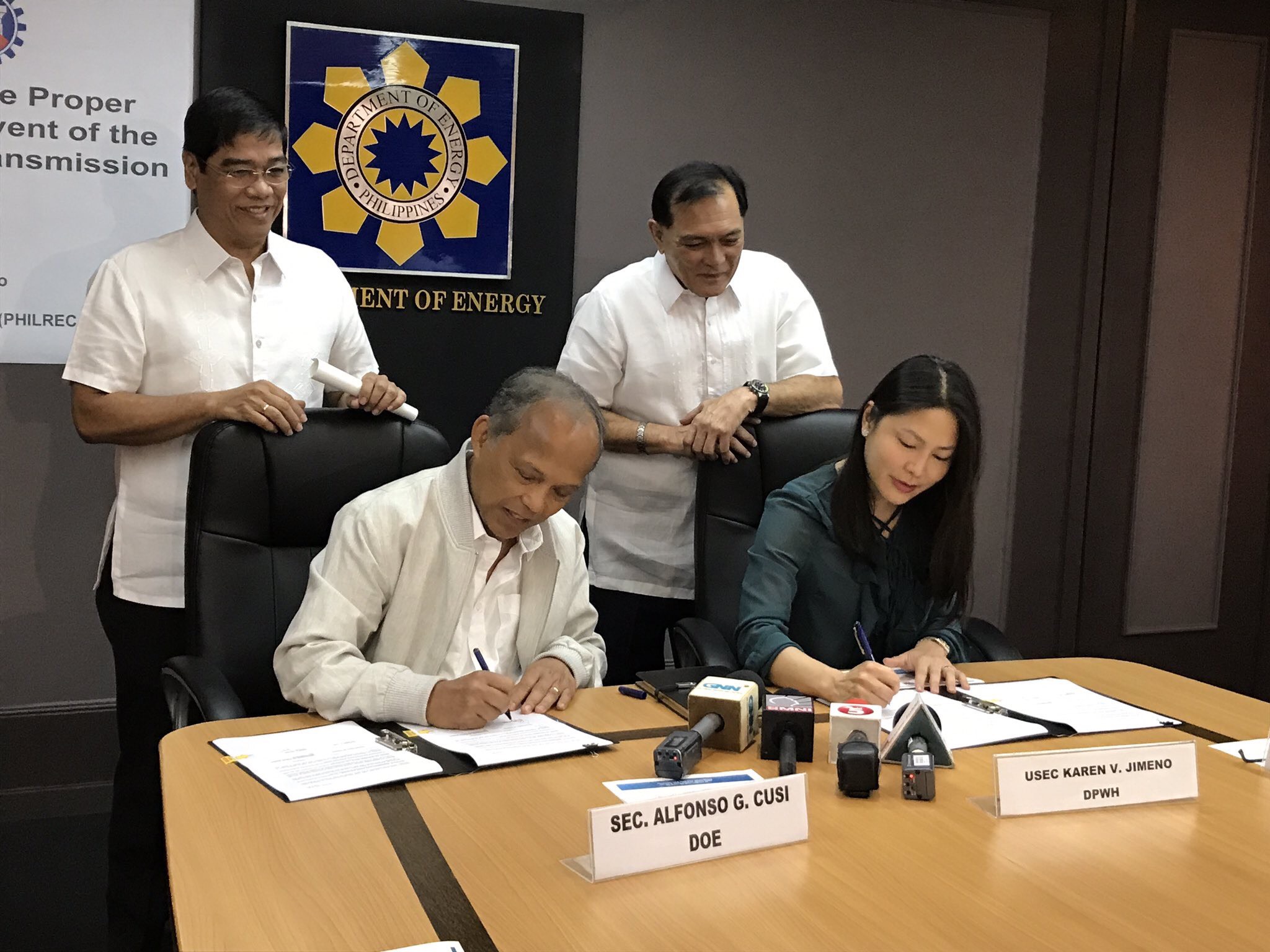 MANILA, Philippines— The Department of Public Works and Highways (DPWH) and Department of Energy (DOE) signed a joint circular which provide uniform guidelines for the payment and relocation of Electric Cooperative (EC) affected by government projects.

The agreement signed Monday July 10, 2017 is  expected to hasten the implementation of the projects undertaken by the administration of President Rodrigo R. Duterte.

The DPWH website announced the signing of the joint agreement.

The agreement will address  a major problem which causes delay and hamper the government projects.

Villar emphasized that the purpose of the agreement is to strictly observe and maintain easements and to relocate and/or compensate improperly located electric cooperative facilities within government’s right of way (ROW).

“The joint circular with DOE is just and systematized way of addressing ROW conflicts between two (2) entities that promote development. We aim for timely implementation of government projects at the same time aid electric cooperatives that play critical role in household electrification,”  Villar added.

Under the guidelines, programming or planning of upcoming DPWH projects like roads, bridges, flood-control structures, and government buildings will have to be coordinated with the National Electrification Administration (NEA) and electric cooperatives to address ROW concerns.

The DPWH prior to the preparation of its budget for a proposed government project will have to inform in writing the concerned electric cooperatives that their facilities will be affected with copy furnished to DOE and NEA, and to be followed by a joint survey and assessment of both parties.