In Davao City , leaving “Unattended bags” is a criminal offense 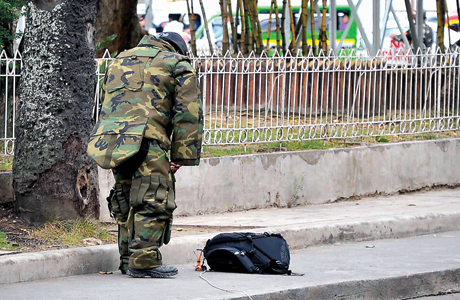 DAVAO CITY, Philippines—When in Davao City do not leave your bags in public places  unattended or run the risk of getting penalized.

This is the new law here,  as the City Council Tuesday approved an ordinance which prohibits any individual  from  leaving unattended bags in public places that  will cause public alarm and panic.

If the attended bags or packages cause panic, alarm and nuisance, the owners will be fined PHP1,000 on first offense, PHP3,000 on second offense and PHP5,000 on third offense plus one month imprisonment.

The ordinance specifically defines panic– which   means the SWAT team and bomb disposal unit have arrived in the area.

If bags or packages do not cause panic owners will be warned on first offense, PHP100 fine on second offense and PHP300 on third offense.

In Singapore, individuals who purposely leaves their bags unattended, the owner run the risk of getting arrested.

Vice Mayor Paolo Duterte said the Ordinance is one of the security measures adopted by the city.

The ordinances authorizes law enforces to confiscate and turn over to the police or the National Bureau of Investigation (NBI) all unattended bags and the same shall be disposed after it remain unclaimed over seven days.