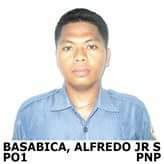 DAVAO CITY, Philippines—Armed members of the New People’s Army abducted a police officer who was out to prepare for his wedding by the end of the month.

Basabica is a member of 2015 batch of PNP regular recruitment in PRO11. The   regional command vouched that “Basibica does not have  pending administrative or criminal case “, a dedicated and disciplined public servant  who is  well loved and respected in the communities he served.”

All passengers were ordered to show their identification card, the police regional office stated.

Basabica showed his PNP ID “Thinking that they were members of the Armed Forces of the Philippines,” the regional command statement added.

Upon identifying he is a police officer, the rebels forcibly ordered  Basabica to disembark and was later brought to  unknown direction.

Davao Oriental police provincial director  PSupt Harry G. Espela said PO1 Basabica Jr. was issued passes “To process documents in preparation for his upcoming  wedding ceremony which was tentatively scheduled at the end of this month.”

He also called on the residents to report the whereabouts of Basabica to the nearest police station or text PRO 11 Hotline no.
0917-7078547.

The police command is calling for the immediate release of Basibica.-Editha Z. Caduaya/newsline.ph