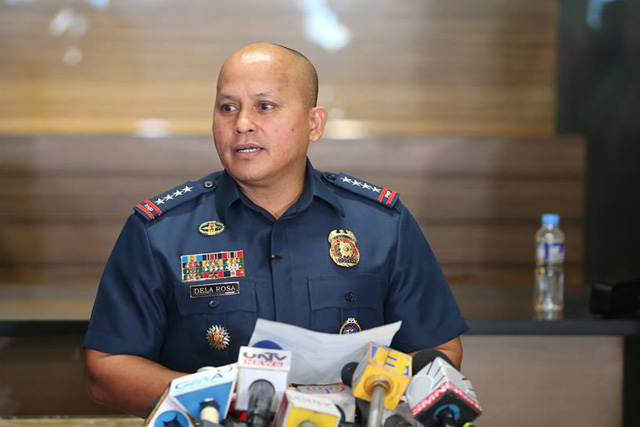 MANILA, Philippines —  The leadership of the Philippine National Police (PNP) wants Martial Law in Mindanao extended in order to give them more time and opportunity to arrest alleged narco-politicians and personalities who openly support Maute Group terrorists activities in Marawi City.

Police  Director General Ronald “Bato” Dela Rosa during a press briefing in Camp Crame, Quezon City, Monday said he already submitted his recommendation to the office of the President through a position paper Friday last week.

Dela Rosa’s recommendation is based on the assessment of the law enforcers in marawi City. Though he emphasized, his recommendation  did  not contain a specific time frame for the proposed extension.

Likewise, Dela Rosa also pointed out that other relevant government agencies and institutions have already submitted their respective recommendations to the Chief Executive for the latter to act on.

The PNP chief also said that it is possible that the President may announce his decision before his State-of-the-Nation-Address (SONA) on July 24.-Priam F. Nepomuceno/PNA