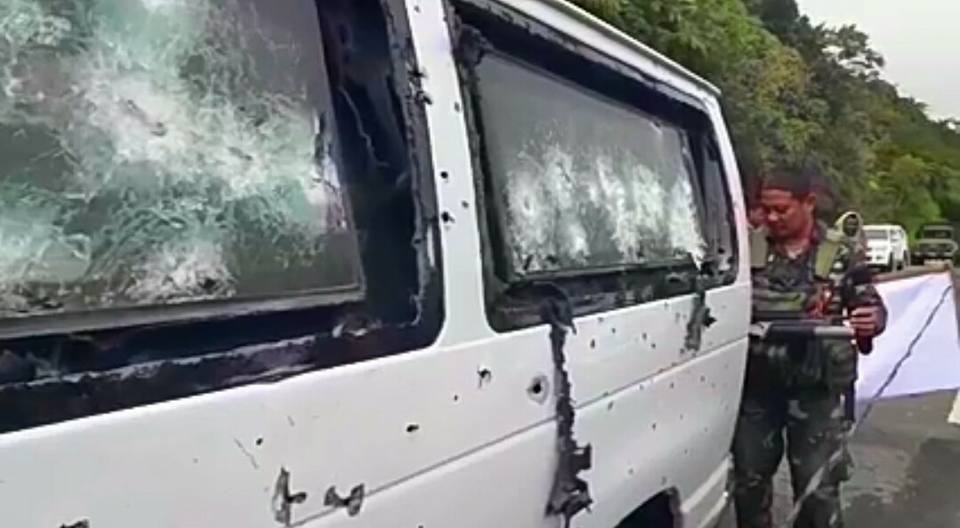 DAVAO CITY, Philippines — Presidential Peace Adviser Jesus G. Dureza announced the cancellation of the backchannel talks between the government and the national Democratic Front/Communist Party of the Philippines due to the recent attacks. Dureza cited the attacks by the New People’s Army Wednesday as among the reasons for the cancellation.

The rebels reportedly clad in Task Force Davao Uniform staged a checkpoint in the area.

Dureza emphasized there is a need to stabilize the ground before a peace talk can start.

Backchannel talks commenced after the 5th Round of talks was cancelled in May.

It can be recalled that the GRP cancelled the 5th round of talks on May 26 after two improvized explosive devices exploded in outskirt municipalities of North Cotabato wounding four policemen.

The 5th round of talks was supposed to start today May 27 to June 1 in the Netherlands but unresolved issued involving conditions prompted the government to withdraw from the table.-Editha Z. Caduaya/Newsline.ph