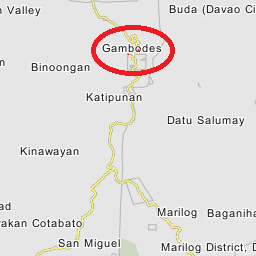 DAVAO CITY, Philippines —Suspected members of the New People’s Army ambushed Wednesday  morning a convoy of the  Presidential Security Group (PSG)  along the tri-boundary of Davao-North Cotabato and Bukidnon.

EastMinCom’s Major Ezra Balagtey said PSG members were ambushed by an undetermined group on Wednesday morning. He said two wounded personnel were evacuated to a hospital in Bukidnon.

Tapgos said reports reaching the Arakan Police revealed the PSG convoy was en route to Cagayan de Oro when they were  ambushed.

The rebels who were wearing military uniform reportedly set-up a checkpoint along the highway and started to fight after reading the PSG logo on the convoy’s vehicle.