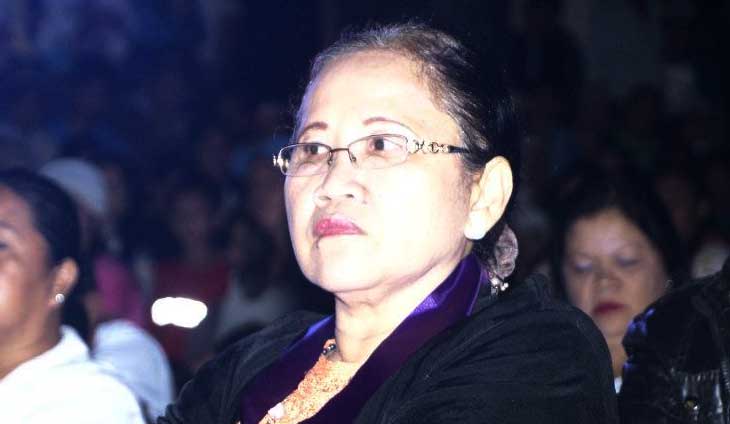 MANILA, Philippines — The Office of the Ombudsman has ordered dismissal from service and perpetual disqualification from public office of former Mayor Betty Allado of Banisilan, North Cotabato.

Allado served as Mayor of Banisilan when the water project was implemented.

The newsline.ph learned Allado is now serving as the Vice Mayor of said municipality.

The Ombudsman found  Allado guilty of Grave Misconduct and Conduct Prejudicial to the Best Interest of the Service.

Also charged with Allado who was found administratively liable is Municipal Administrator Jornalito Allado, the chairman of the Bids and Awards Committee (BAC).

They were both ordered dismissed from the service and in case of separation from the service, the penalty is convertible to a fine equivalent to their salary for one year.

Other  BAC members namely; Jaime Alisasis, Ramil Jayma, Marietta Nonan, Ramon Capanang, Carmencita Bari, Andres Serue, Raymond Franco, Hilario Cabangon and Leopoldo Cascante Jr., were found guilty of Simple Misconduct and Conduct Prejudicial to the Best Interest of the Service and were ordered suspended from the service for one year.

In 2012, the municipality of Banisilan was a recipient of a grant for the “Sagana at Ligtas na Tubig sa Lahat”program of the national government and was given P7 million for its implementation. The Ombudsman investigators discovered that the bidding procedure was not followed in the implementation of the water system project as it noted “no competitive public bidding was conducted for the procurement of consultancy services for the water project which was eventually awarded to Noel Bryan Tuling of JK Engineering Design and Consultancy Services”.

During the procurement, respondents failed to check that Tuling is Jornalito’s brother-in-law.

The decision,  clearly stated ““Jornalito’s failure to disclose this fact is tainted with the element of corruption as his omission gave an unwarranted benefit to Tuling”.

Likewise, the BAC Secretariat officials and members failed to exercise due diligence in ensuring that Section 47 of Revised Implementation Rules and regulations (IRR) of RA No. 9184 is complied with.” Under relevant procurement rules, all bids shall be accompanied by a sworn affidavit of the bidder that it is not related to the Head of the Procuring Entity, members of the BAC, and BAC Secretariat by consanguinity up to the third civil degree.

The Ombudsman also faulted Allado for appointing her nephew, Jornalito, as the General Manager of the Banisilan Water System tasked to manage and operate the water system.

The findings stated “Allado committed a misconduct attended by willful intent to violate the law or to disregard established rules in violation of the provisions of Presidential Decree No. 198 and Executive Order 292.”

In conclusion, the  Ombudsman manifested that the  the image and integrity of the respondents’ public office was tarnished from their acts, thus, they are also held liable for Conduct Prejudicial to the Best Interest of the Service.– Editha Z. Caduaya/Newsline.ph