Posted on July 25, 2017 by NewsLine Philippines 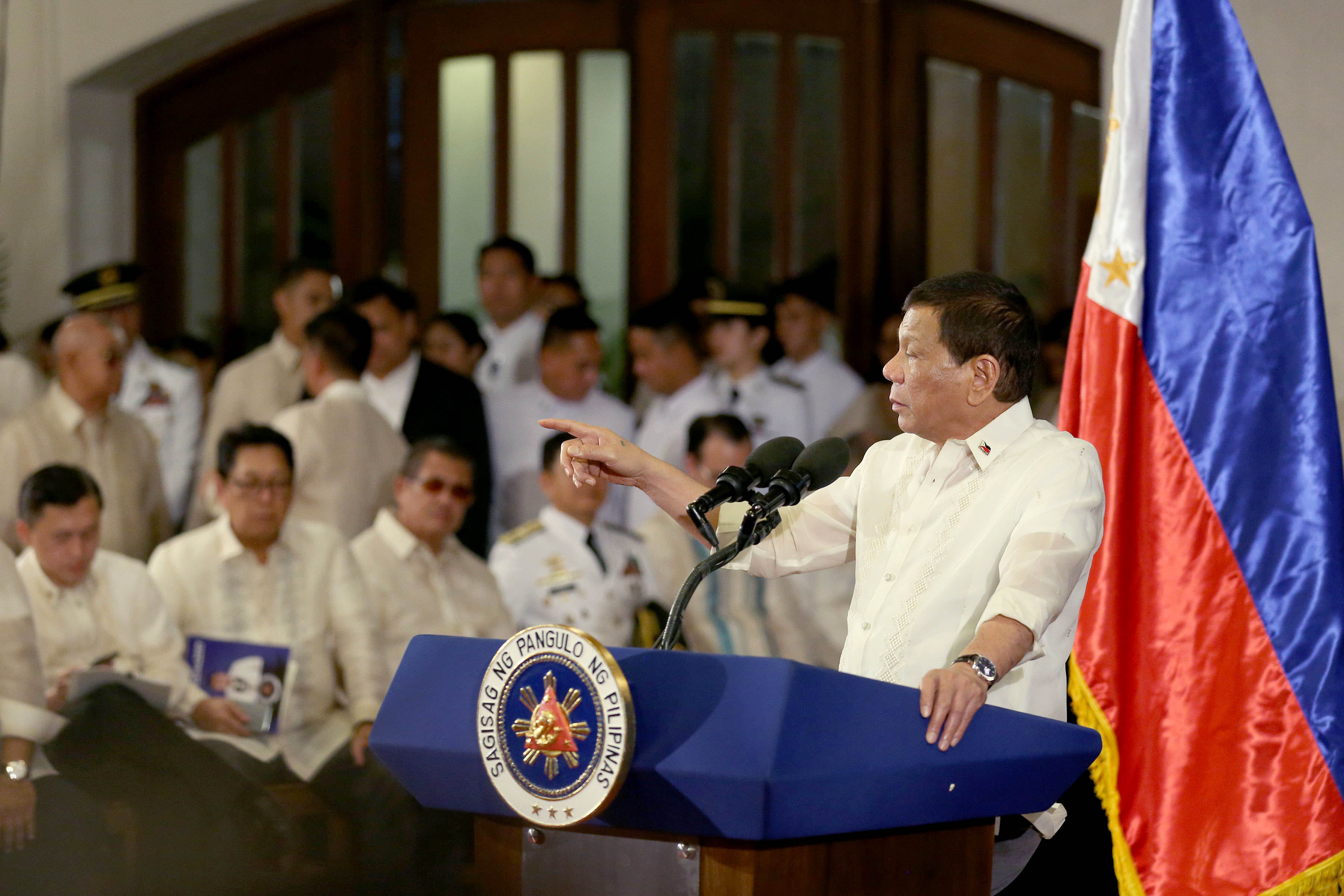 DAVAO CITY, Philippines—The fate of the government’s  tax reform package is now in the hands of the senators, said President Rodrigo Duterte Monday.

In his second State of the Nation Address (SONA), Duterte reminded the members of the senate that the comprehensive tax reform package is now in their hands.

In May, Duterte certified  as urgent the administration’s first tax-reform package  as the executive called it – the proposed Tax Reform for Acceleration and Inclusion (TRAIN) bill.

The tax-reform package seeks to lower personal income tax rates, expand the value-added tax (VAT) base, raise excise taxes on petroleum and automobiles, impose an excise tax on sugar sweetened beverages and ease the rates of estate and donor’s taxes.

Duterte pitched on Senator  Juan Eduardo “Sony”  Angara, senate chair on the committee of ways an means “I call on the Senate to support the package in full and to pass it without haste”. Angara earlier expressed hesitation on passing the bill.

(You didn’t  clap? even that person, they are not clapping,  Angara also does not clap. You be watch out  during the elections).

Duterte added “Ano ba’ng gusto ninyong gawin ko, lumuhod ako diyan? (What do you want me to do, kneel in front of you?) Well, really, I  leave it up to you. We’re all Filipinos. If you think it’s a waste, fine. If you think it’s not good, okay with me. I call on the Senate to support my tax reform in full and to pass it without haste.”

Angara  just  shook his  head and smiled in his seat.

Duterte wanted the bill passed as it is one of the major sources of the administration’s infrastructure projects.

In an interview after Duterte’s SONA, Angara  said he considered the President’s statement as a joke and a threat as he  expressed willingness  to give up his chairmanship should Duterte says so.

Angara  further said  “We’ll continue to work with the President and the government to come up with a good tax deal.”

Asked if he felt slighted by the President’s statement, he said: “It’s okay, that’s the President’s personality. He’s half serious, half joking.”-Editha Z. Caduaya/Newsline.ph