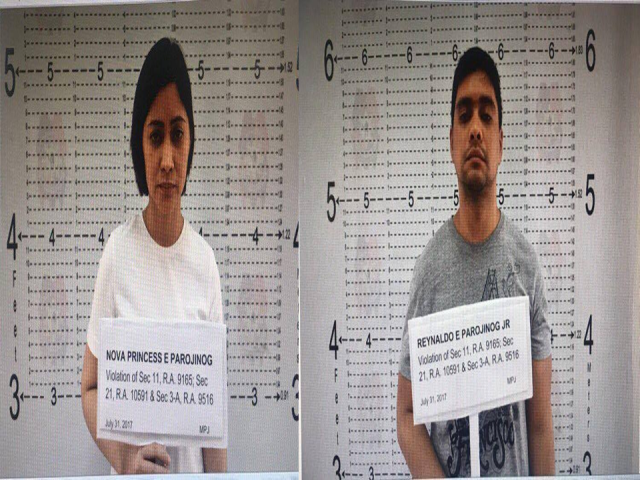 MANILA, Philippines — The Department of Justice (DOJ) is set to submit for resolution on the criminal case against Ozamiz City Vice Mayor Nova Princess Parojinog-Echavez and her brother, Reynaldo Jr.,

During the inquest proceedings on Tuesday held at PNP Headquarters in Camp Crame, the two refused to sign a waiver of detention under Article 125 of the Revised Penal Code.

An inquest proceedings is conducted when the suspect has been arrested without warrant. The suspects will be informed of the allegations against them and they will have the option to sign a waiver of detention under Article 125 of the Revised Penal Code and undergo preliminary investigation.

Senior Assistant State Prosecutor Juan Pedro Navera said they will have to issue a resolution as soon as possible.

The Parojinog siblings are facing a case for violation of the Comprehensive Dangerous Drugs Act.

DOJ Prosecutors ruled that the arrest made by the authorities was valid.

The PNP-CIDG also admitted there was a delay in making a return of the search warrant to the court.

Under the rules, the officer who served the warrant is required to deliver the property and the inventory to the court of the objects seized during the implementation of the search warrant. The authorities are also required to submit a return of the warrant.

The Quezon City Court issued the search warrant. The police blamed the transport problem for the delay in making the return.

The Parojinog siblings arrived at the PNP Custodial Center in Camp Crame, Quezon City on Monday morning as they left Ozamiz around 7 a.m. aboard a Philippine Airlines flight and arrived at NAIA Terminal 3.

Police said about PHP1.4 million in cash, half a kilo of suspected shabu and firearms were recovered from the vice mayor’s home.

Their father, Mayor Reynaldo Parojinog, the man tagged in Kuratong Baleleng-led crimes, smuggling and drug trafficking, was killed during the raid after his security personnel opened fire on the police operatives who were about to effect the search warrants for the alleged presence of illegal drugs and unlicensed firearms in their house in San Roque Lawis, Ozamiz City.

The late mayor was earlier named by President Rodrigo Duterte as one of the country’s drug-lords and narco-politicians.