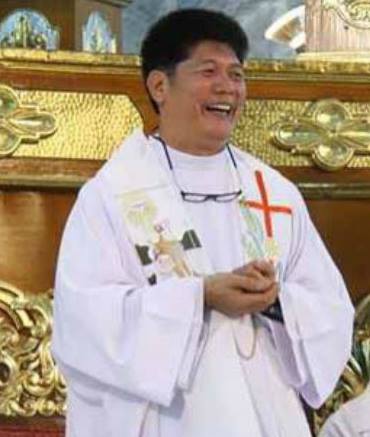 Lagarejos is the president of Cainta Catholic College but he was stripped off his position following his arrest.

It was Bishop de Leon who asked Cruz to investigate the pedophilia case against Lagarejos.

On July 28, Lagarejos, 55, was arrested in an entrapment set by the Marikina Women and Children Desk with a 13-year old girl who was referred to him by a 16-year old pimp.

Senior Inspector Jacqueline Taa, chief of the Women and Children’s Protection Desk said Lagarejos introduced himself as a businessman but later admitted being a clergy.

The entrapment was conducted after the mother of the minor reported to the police that her 13-year-old daughter was set to meet someone in Blue Wave Mall along  Sumulong Highway in   Barangay Sto. Niño.

Cruz said it would take less than a  year for him to process the case  which the Catholic church considered the “Gavest violation of the commandments” since it involve minor.

“I don’t know it depends how fast I could gather evidence…how fast I could get my testimonies etc, etc.,” he said, adding that he will interview the people involved including the priest, the victim,” Cruz added.

The minor is now under the case of the Social Service Department.

Cruz also said, once the Vatican has decided on the case, it would be the Bishop of Antipolo that will be informed about the ruling.-Editha Z. Caduaya/newsline.ph