Forty of the 51 Ozamiz City Brgy. captains surrender to the police 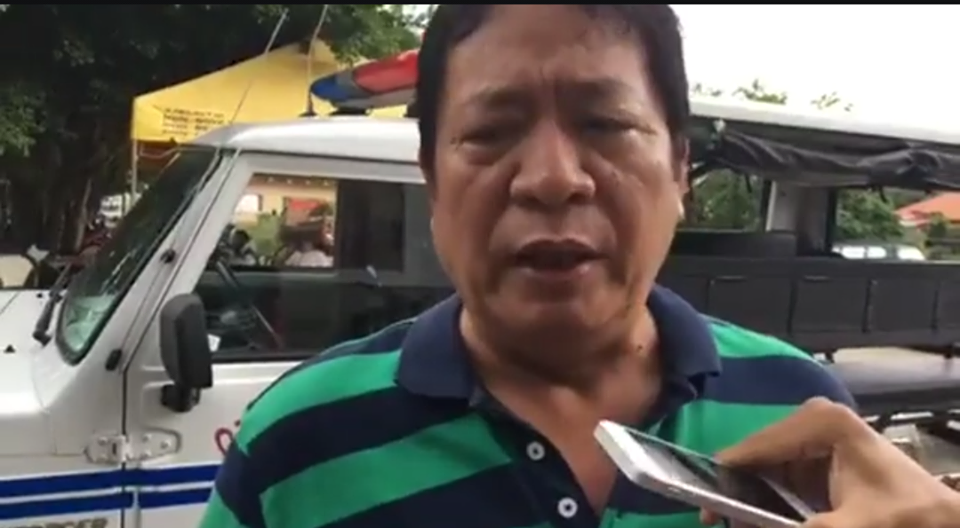 Last Sunday, Espenido called on the supporters of the late City Mayor Rolando “Aldong” Parojinog to surrender all the “items” left to them saying “Kaila ko kinsa mo, ayaw na mo paghulat nga ako’y mangita ninyo ( I know you who are, Don’t wait that I will look after you).”

Parojinog, his wife Susan, brother Board member  Octavio and sister Mona  and 14 others were killed in a dawn raid Sunday in barangay Lawis, Ozamiz City

In the post of Ozamiz City facebook page, Lam-an Brgy. Captain Romeo Raagas said they voluntarily went to see Espenido to clear their names and also to inform Espenido that people from the outskirt villages will be coming down to attend the vigil for the mayor.

“Our people grieve for the loss of our Mayor,” Raagas.  “We are here to clear everything for both parties to understand each other, it is not too late,” he said in vernacular.

This developed as Ozamiz city Vice Mayor Nova Princess Parojinog  and his brother Reynaldo Jr. face charges for violations of dangerous drugs act and for illegal possession of firearms. Espenido for his part said he did not call for the barangay captains but they voluntarily went to see him and surrender.

“Lilinawin natin kusa silang sumuko at hindi ko sila pinatawag (Let’s make it clear, they came and surrendered, I did not call for them), Espenido explained.-EZC/Newsline.ph