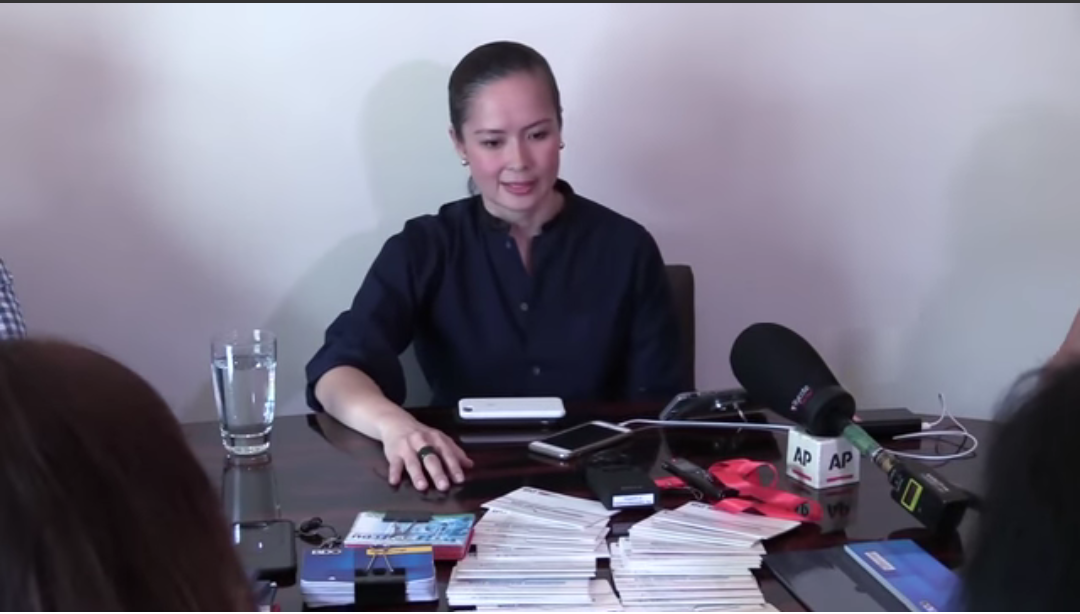 DAVAO CITY, Philippines— The wife of Commission on Elections (Comelec) chair  met President Rodrigo Duterte and showed to him bank books with millions that she could not even explain where it came from.

Duterte met Mrs. Patricia Paz   Bautista the day after he delivered his Second State of the Nation Address (SONA).

Mrs. Bautista believes her husband could have generated over P1-billion ill-gotten wealth.

Showing a particular passbook, Mrs. Bautista said “There’s P300-million in this bank, you can see at least 35 passbooks.”

“I believe these should not be at the house,” she added.

The meeting at the Palace last week with her lawyer.

She said she does not want her and her children get into trouble knowing that the president has a mole.

Patricia said she wanted to separate from her husband since 2013.

She tried to asked about the passbooks and the money but her husband did  not explain.

In all the 35 bank accounts, only one account has her name.

The video bellow was uploaded by the Philippine Daily Inquirer.net