Posted on August 9, 2017 by NewsLine Philippines 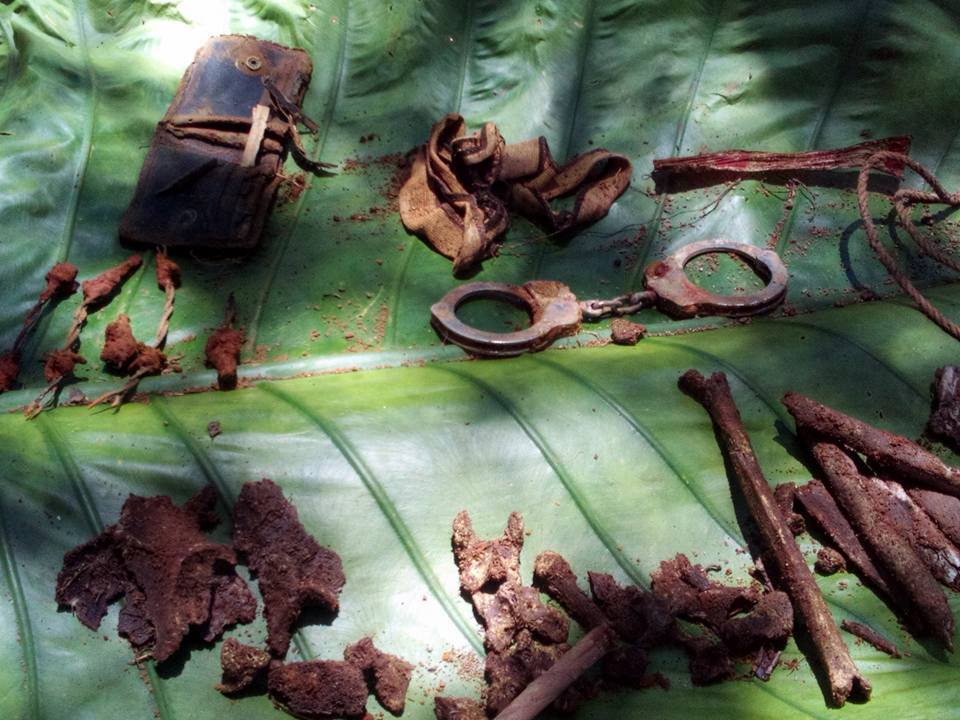 DAVAO CITY, Philippines —  Skeletons of at least four persons, handcuffs, tattered clothes, wallet and other personal stuff  were among the items dug by authorities in a suspected mass graveyard reportedly established by the parojinog’s  in Brgy. Capucao, Ozamiz City, Tuesday, August 8, 2017.

The graveyard, according to police sources was established by the Parojinog’s to bury the flesh of their victims.

Although residents in the area knew the activities, they opted to close their mouths for security reasons.

Ozamiz City police chief PCI Jovie Espenido ordered the excavation after receiving information from  a witness who revealed that it was the burial ground for the enemies of slain Mayor Reynaldo “Aldong” Parojinog.

Barangay Captain Benjamin Bitay  said barangay police told him in many occasions that vehicles going in and out the area even during wee hours of the nightt.

Espenido learned that the area was once opened due to a suspected treasure hunting activity.

But a certain Boy Visitacion, the  spokesperson of the Parojinog’s said “everything found in the mass grave was planted by the police.”

This developed as Philippine National Police (PNP)  director Ronald dela Rosa revealed reports that the cohorts of the Parojinog’s are planning to an attack against the authorities who raided the late mayor’s house and his daughter Vice Mayor Nova Princess Parojinog.

The armed groups are reportedly the remnants of the dreaded “Kuratong Baleleng” group which the Parojinog’s founded by Octavio “Ongkoy” Parojinog Sr.  two decades ago.

Octavio is the father of the late Mayor.

This developed as peace-loving residents of Ozamiz still live in fear knowing the tentacles of the parojinog’s.

The Acting Mayor Irene “Gerlit”  Engracia Luansing  is also a relative of Susan Engracia Parojinog, the wife of the slain mayor.

Residents are aware of the capabilities of the Parojinog’s , a thing that authorities are now working on.

Some residents said the mass grave is just one of the many places wher ethe Parojinog’s hide the  their victims.-Editha Z. Caduaya/Newsline.ph