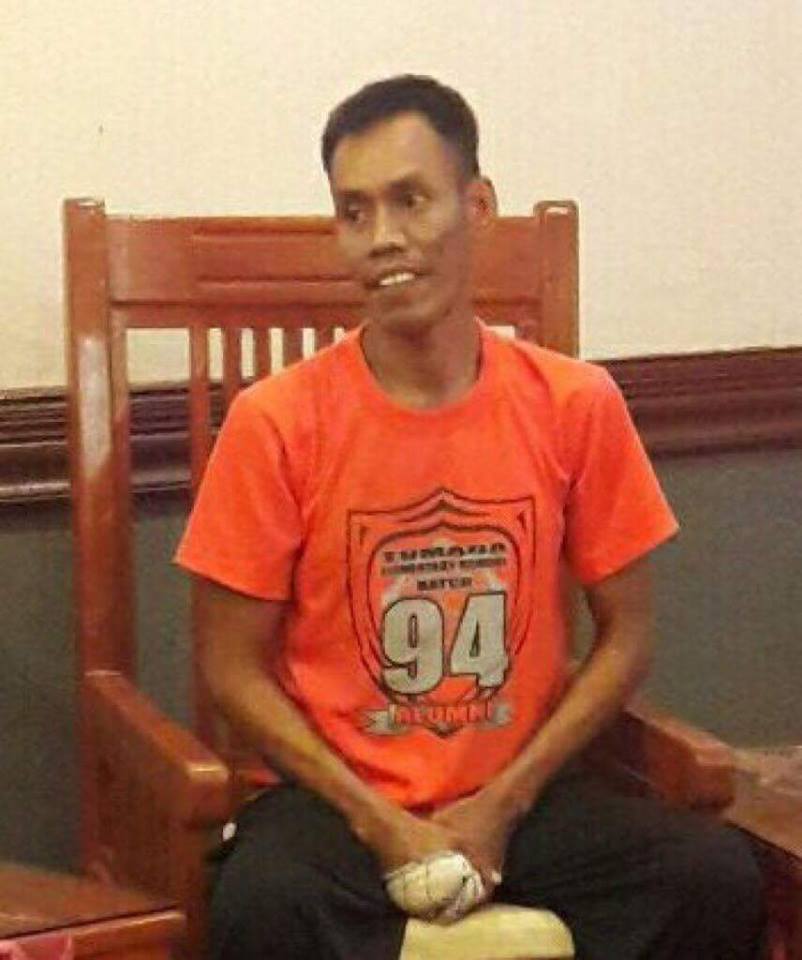 Edmundo Ramos, a.k.a. Moymoy, was rescued by elements of the Joint Task Force Basilan, through the Naval Task Group Basilan in Tapiantana, Basilan at around 1am Tuesday.

They were hired as construction workers at the Provincial Sports Complex when abducted by suspected members of the Abu Sayyaf Group in Barangay Bangkal, Sulu on July 15.

They were doing construction work at the Provincial Sports Complex in Barangay Bangkal when they were forcibly taken by the bandits.

Ramos’ companions earlier escaped from the hands of  their abductors.

Ramos was rescued by the joint elements of Naval Task Force 61, and Naval Intelligence and Security Group-Western Mindanao.

He was brought to Camp Navarro General Hospital for medical attention in Calarian, Zamboanga City.

Western Mindanao Command chief Lt. Gen. Carlito G. Galvez said after a month in captivity, the four hostages managed to escape from their captors as a result of the intensified conduct of combat operations of the Joint Task Force Sulu.

Galvez said they exhausted all means to rescue the hostages.

The WestMinCom chief  lauded the Joint Task Forces Sulu and Basilan “for a job well done!”.

As of this moment, there are 15 foreigners and four Filipinos currently being held by the Abu Sayyaf. -Richard G. Falcata/Newsline.ph