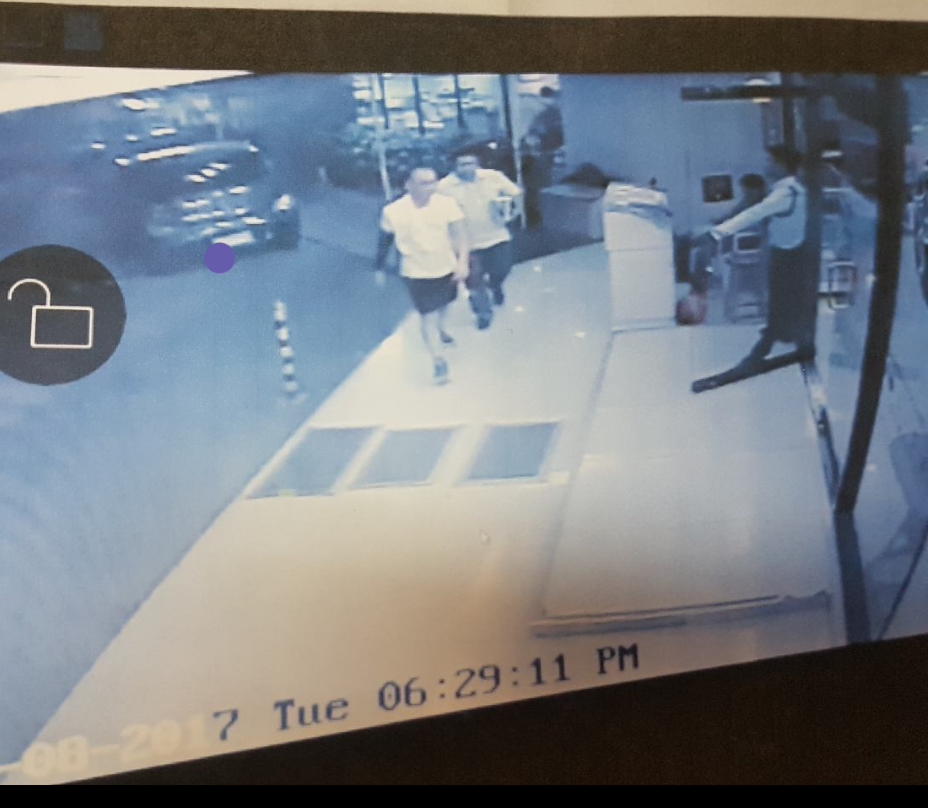 Rosales admitted receiving the package which fellow lawyer Raleston Falcutila handed to him, but it contains Korean ginseng tea as a birthday gift and not money as alleged.

On August 8, Falcutila was hired by the Aquinos to be their lawyer to bridge the family with NBI director Rosales.

TheCCTV footage showed that at about 6:29 p.m. of August 8, Falcutila handed the plastic to Rosales inside Holiday Spa.

Charina Aquino, wife of Efren Aquino, the owner of Plaza Roman KTV Bar, in an affidavit stated that she handed the P500,000 cash to Falcutila while the later was aboard their white Pajero on August 8, from the court 8 going to Holiday Spa.

The newspaper reports quoted Rosales saying, “it was a birthday gift to me because it has been so long we haven’t seen each other.”

Rosales and Falcutila are reportedly brothers in the Free Masonry.

Since Friday August 11 until Saturday August 12, Newsline.ph sent messages and contacted Rosales’ phone but he neither answered the messages or take the call until the story was published Saturday evening.

Rosales has been out from his office since Thursday last week.-Editha Z. Caduaya/newsline.ph