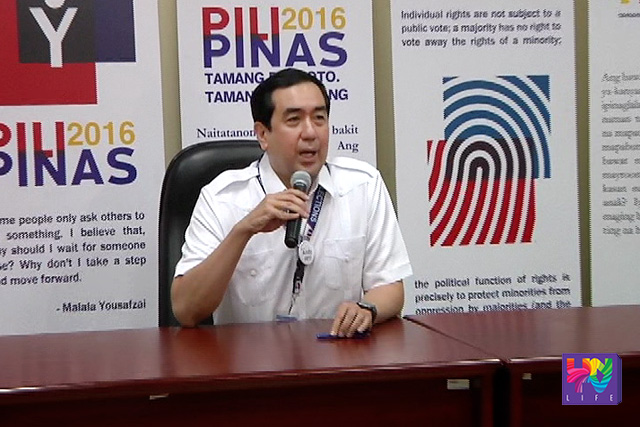 MANILA, Philippines — An impeachment complaint  has been filed against  Commission on Elections chairman Andres Bautista  on Wednesday, August 23 before the Office of the Solicitor general.

In the complaint sheet, Paras and Topacio alleged that Bautista failed to properly disclose to the public his Statement of Assets, Liabilities, and Net Worth (SALN) and the reported receipt of referral fees from the Smartmatic, the largest technology provider of the Comelec, through the Divina Law Office.

The complaint was lodged after Bautista’s wife Patricia Paz Bautista went public claiming among others that her husband possess 35 bank accounts and the deposits could reach P1-billion.

Mrs. Bautista also suspect her husband amassed ill-gotten wealth as she does not know where the funds came from.

In filing the complaint, Paras and Topacio stressed “Bautista culpably violated the Constitution and/or betrayed the public trust.”

The complainants said Bautista betrayed public trust for failing to adopt safeguards under the Data Privacy Act (Republic Act No. 10173) that could have prevented the data breach or hacking of the Comelec website that occurred in March last year.

They also claimed Bautista  failed in his duties and responsibilities as poll chief when he failed to promptly act on the hacking of the Comelec website, as well as declined to assume direct control and supervision of the task force created after the incident.

They pointed out,  Bautista betrayed public trust by obstructing justice when he cleared Smartmatic and Comelec IT specialists of any wrongdoing for the so-called script tweak during the consolidation/canvassing of results in the May 2016 elections.-EZC/Newsline.ph