Town Mayor appeals to rebels  for unconditional release of cop 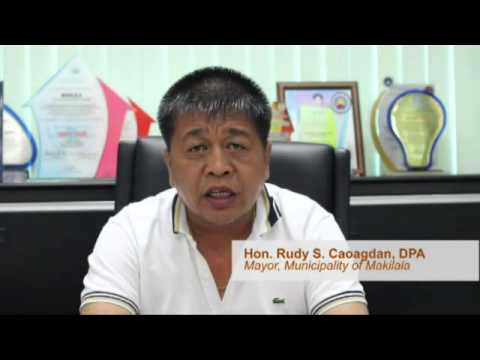 On August 14, six fully armed rebels abducted Catalan while he was bringing two of his children to school on board a motorbike, they were flagged down at Purok 4, Barangay Katipunan, Kidapawan City.

His children who saw their father taken away were told that  he will undergo interrogation.

Catalan has been assigned at the Makilala Police for over a year but his family resides in Kidapawan.

In a letter furnished to Newsline.ph dated August 23, Caoagdan it is not easy for a family to live in anxiety knowing their father is in the hands of armed groups.

“I believe PO1 Catalan did not have any blood debt to his captors as the municipal record and even his colleagues know he does not have any vice–he is a good personnel of the PNP assigned to my municipality,” Caoagdan’s letter emphasized.

Jessa told Caoagdan  it’s been two weeks after her husband’s abduction by NPA guerillas, she has yet to hear updates from the group, “No calls, no text, no message whatsoever. I face a blank wall.”

Jessa said they are dependent to her husband’s salary, with his abduction their children’s education is affected as she cannot fend to their day to day subsistence.

“As the mayor, I am appealing to those holding PO1 Catalan to release him in the name of peace and I know you also understand me as you are a family man yourselves, we know that deep in our hearts,” he added.

“Bisan tuod nabahin kita sa pagtuo ug idolohiya sa gihapon managsama kita nga mga Pilipino (Even if we are divided by ideological belief, we are all Filipinos,” the letter emphasized.

Reports have it, Catalan was among those who joined the army in the arrest of a suspected NPA rebel in Makilala, but authorities refused to comment about it.

Caoagdan said he is writing the group holding Catalan to release and urged them to work together for peace and unity among peoples.

Granting Catalan an unconditional release, according to Caoagdan will symbolize unity and respect among peoples as he said Catalan is a good man and has never violated any rights.

Caoagdan said he is opening his doors for the possible unconditional  release of Catalan.-Editha Z. Caduaya/Newsline.ph