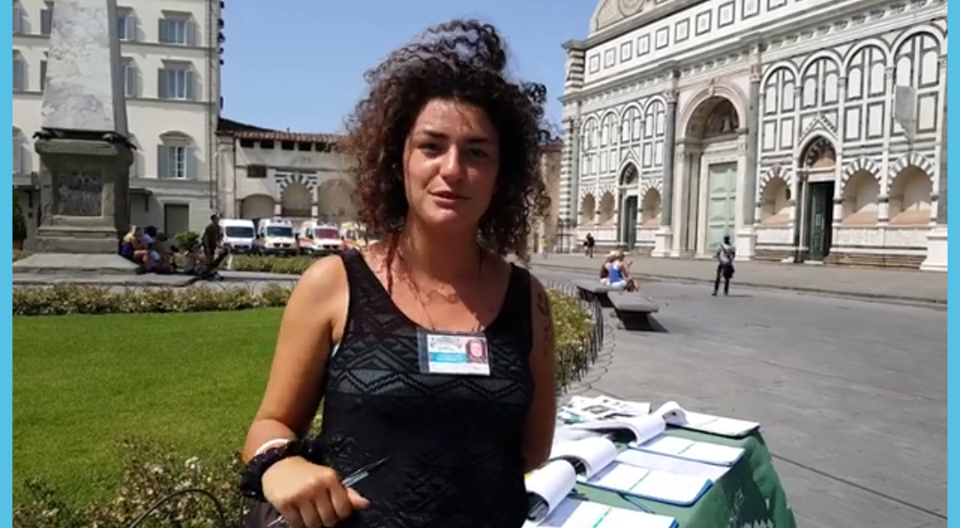 Reformed Italian drug user surprised a Filipina scientist  when  she teased to call President Rodrigo Duterte if she will not sign the petition calling for a massive support for drug rehabilitation program in Italy.

Dr. Agnes Amil Bruce, a Mindanaoan and  a recognized scientist  based in United Kingdom told Newsline.ph “We were walking  in  Florence town center, on August 20,  when I noticed a group of women standing behind their stalls infront of Cathedral  Maria Novella in Florence, asking passersby to sign on the statement of support for their charity program involving the rehabilitation  for the drug addicts.”

Amil-Bruce said she was  “impressed and made me proud as a Filipino. The global influence of President Duterte is powerful!”

(TRANSLATION)
“We are (sic) international community for helping young people to stop using hard drugs . I was on drugs before for 6 years, I am 20 years old and now I am clean for 8 months thanks to this rehab. I am a super good girl now.”

“And what is your drug organisation please?”

“Yes, we are a rehab. We work a lot like a farm inside. We produce wine, oil, produce. We have been doing this project for going on for 3 years because the government don’t help. I support Durterte.” says the lady.

The institution has been running for 3 years in Florence (Firenze in Italian), but the Lautari website  says the program started in 1992.

Based on it’s website, the  organisation is an international group helping drug dependents seeking rehabilitation and reform.

Amil-Bruce said “they   all knew Duterte and the government drug rehabilitation program very well. She said if I don’t sign the petition to support them she will inform Duterte, then they caught my attention. So, I said do you have a message? Then she spoke on video.”

She said while some people criticize Duterte’s cleansing effort in the Philippines, some foreign nationals admire his strong leadership “I am proud being a Filipino here because they have high respect on Duterte, and his war against criminals and corruption is really good. That’s what we need.”

Asked if he met Duterte in the past, Amil-Bruce said “No! I don’t know him personally, but I admire what he is doing to our country.”

Amil-Bruce suggests that the country can look at the Lautari programs so reformed user will be able to help the society as active members of a charitable institutions.

Amil-Bruce, however failed to get the name of the lady she talked to.-Editha Z. Caduaya/Newsline.ph