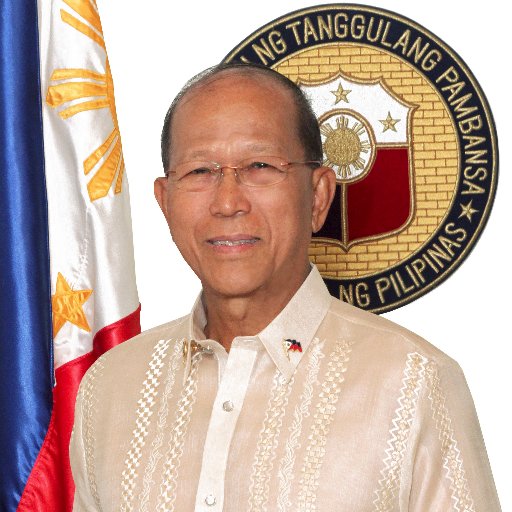 MANILA, Philippines — No less than Defense Secretary Delfin Lorenzana blanmed the  Communist Party of the Philippines-New People’s Army (CPP-NPA)for the non-development of the Philippine countryside due to the 40-year armed conflict.

“The leaders and members of the CPP-NPA are the real and original peace spoilers,” he added in a statement stated.

“Militarists” in the Rodrigo Duterte government are on course to completely burning the house down, the National Democratic Front of the Philippines (NDFP) said in reply to Department of National Defense secretary Delfin Lorenzana’s statement that social and economic reforms are “completely unacceptable.”

Lorenzana earlier said “First, their so-called ‘armed struggle’ to replace our democratic way of life with a communist form of government since the 1960s has consistently blocked the government’s efforts to develop the countryside,” the DND chief stressed.

The NDFP is blaming Lorenzana of spoiling the peace effort of the government by providing the President false information about the movement.

“Secondly, Fidel Agcaoili of the NDFP claims that the money they extorted from our people (what they call revolutionary tax) is being spent on the poor. Saan napupunta ang salaping sapilitan nilang kinukuha sa taong bayan? Ano ang maipapakita nilang katunayan na nakinabang ang bayan lalo na ang ating mga mahirap sa pangingikil nila? Ang maliwanag, ang kanilang‘revolutionary tax’ na sapilitang kinukuha sa mga tao ay ginagamit nila upang tustusan ang marangyang pamumuhay ng iilan, (Where does the money they forcibly get from the people go? What proof can they show that the country, especially the poor, benefitted from their extortion? What is clear is that they use the ‘revolutionary tax’ which they extort from the people to sustain the lavish lifestyle of a few.)” Lorenzana disclosed.

“Alam naman po nating lahat na ang gobyerno lamang ng Pilipinas ang puwedeng mangolekta ng buwis ayon sa ating saligang batas. (We are all aware that the Philippine government is the only one allowed to collect taxes as stated in our Constitution) All others who do it, especially those using the threat of violence, as what the NPA does, are plain and simple extortionists. Wala na pong ibang tawag diyan. Hinahamon ko ang mga NPA na mangolekta nang walang kasamang pananakot kung makaka-kolekta sila, (There is no other term that can be used to call them. I challenge the NPA to collect without inflicting fear, I wonder if they can still collect)” he added.

Lorenzana also belied accusations of corruption hurled by the rebels at DND officials, stressing that the agency’s budget is under tight scrutiny by the Commission on Audit and Congress.

“How could it line the pockets of top officials as their propaganda claims when it is barely enough for salaries, pensions, health care and maintenance and operations of the Department, including its five bureaus? Kaya nga po marami pa ring kakulangan sa kagamitan ang ating AFP at may pagkakautang o arrears pa tayong kailangang bayaran sa mga retiradong sundalo.(This is the reason why lack of equipment remains a problem in the AFP, not to mention the arrears for our retired soldiers  that we have to pay.) In fact, the defense budget only accounts for less than 1 percent of GDP (Gross Domestic Product),” the DND chief stated.

Lorenzana said Agcaoili and the rest of the CPP-NPA-NDF are laying the blame on the government for the failure of the peace talks because of the extent of their extortion and its adverse effects on businesses, people’s lives, and development especially in the countryside.

“If the CPP-NPA cannot win their so-called war of liberation at the height of their self-proclaimed successes in the 80s, how much more now that they are marginalized, with many of their fighters surrendering, and their influenced barangays are dwindling,” the DND chief asked.

He added that the rebels have stepped up their rhetoric because their ploy to continue talking while fighting (euphemism for continued extortion) was finally terminated by the President. (PNA)