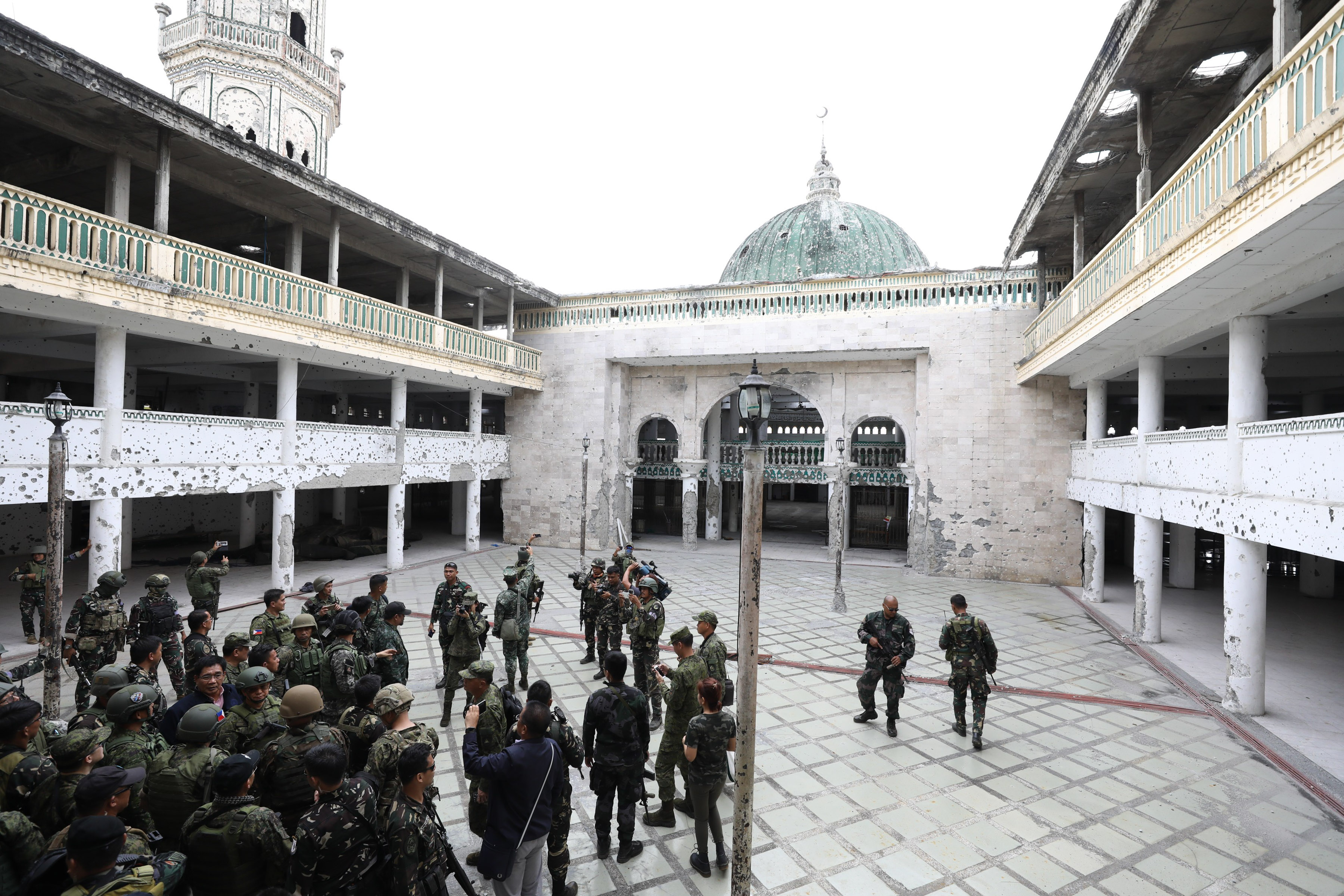 This time, Duterte visited two major areas used to be  heavily controlled by the terrorist for about 100 days; the Marawi  Grand Mosque and the Mapandi Bridge.

The ongoing military fight against the Isis-inspired Maute group who tried to establish as Islamic State in Marawi, prompted Duterte to place the entire Mindanao island under martial law starting May 23.

The Grand Mosque was used as the temporary shelter of the  Maute terrorist was retaken by the government forces a week ago.

Traces of war is depicted in the walls of the almost totally damaged sacred place for the Muslim residents in the area.

Duterte explained “I need to be here with the government forces to show to them I am with them, because I am the Commander-in-chief”.

The commander-in-chief  thanked the soldiers for remaining loyal to the country and for protecting the Filipino people.

He personally handed groceries and watches to the soldiers.