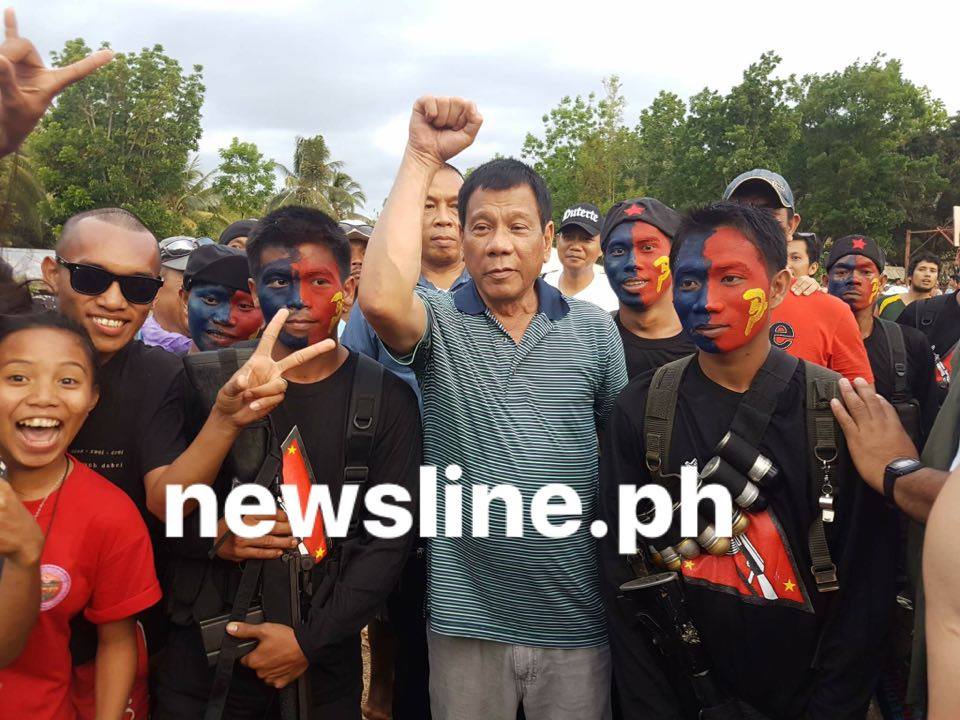 DAVAO CITY, Philippines —  President Rodrigo Duterte is toying the idea of asking Congress to pass a law which will grant general amnesty for the New People’s Army (NPA) rebels who will surrender to the government.

Meeting the members  of the Davao media Friday night at Matina Enclaves, Duterte said “If Congress will agree with me, I might just declare for general amnesty.”

Duterte emphasized “At the end of the day, I might ask Congress to pass a law granting amnesty to NPA rebels who will return to the folds of the law.”

Those who will surrender will not be charged in court  if during the active years in the communist movement they killed government troops.

Duterte said the equation inside the communist movement is different now, the people on the ground is not listening to Jose Ma. Sison who is in the Netherlands “There is problem among them, the National Democratic Front with Sison is Netherlands says one thing, while the rebels on the ground do the other thing.”

The communist movement, according to Duterte has been fighting to topple the government for over half a decade “But look! they get nothing, the government will not surrender to them, but should the rebels decide to surrender, the government is open and might pass a law granting them general amnesty.”

But if the rebels continue to fight government “Then they get nothing.”

Duterte said the rebels are even killing policemen and soldiers who are on their way home “That I cannot understand yet the y should human rights, where is human rights there?”-Armando B. Fenequito/Newsline.ph