Maute terrorists use metals and coins to make IEDs 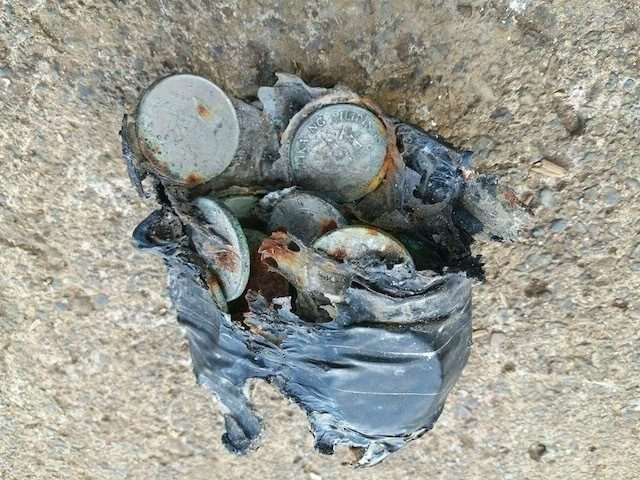 Col. Romeo Brawner, deputy commander of the Task Force Ranao  6 sacks of coins and assorted metal that it recovered from Bato Mosque.

Out of the 82 firearms recovered, 60  were burned.

The coins are used to make improvised hand grenades.

Brawner saidthe number of slain Maute Group terrorists increased from 711  as of September 27 to  736 as of Friday, September 29.

While the casualties from the side of government is now at 153 .

Number of civilians either executed or killed by the terrorists is still at 47 while rescued Marawi City residents are at 1,733.

Total number of recovered weapons  accounts to 789  including 82  those recovered Thursday.

Western Mindanao Command chief Lt. Gen. Carlito Galvez Jr.  said the Marawi crisis is  about to end as  he earlier said there are only about 50 to 70 Maute fighters left in the battleground. –Editha  Z. Caduaya/Newsline.ph