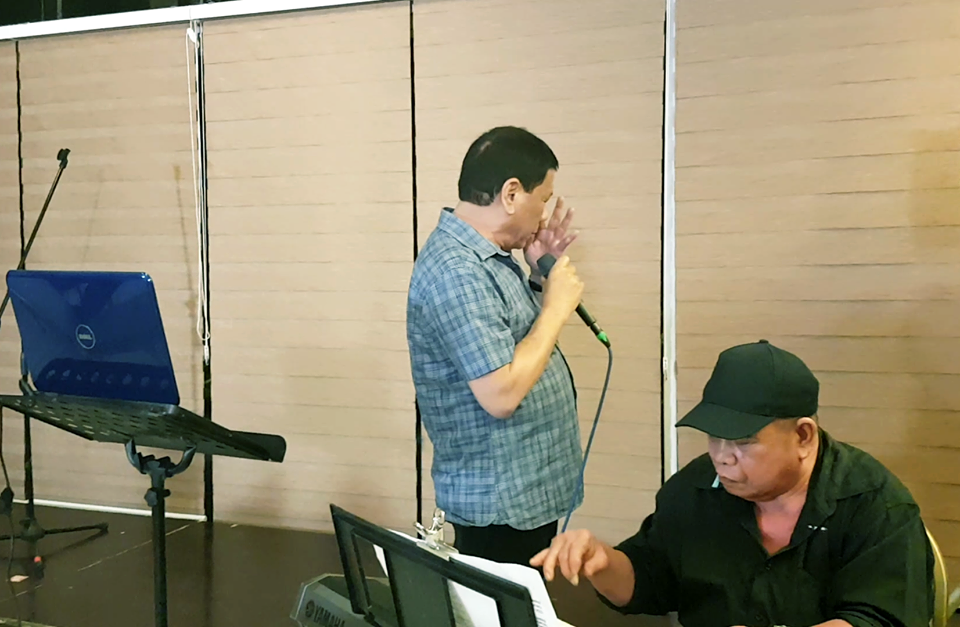 Duterte was very emotional while singing the song.

The song Balud sa Kapalaran  speaks of a man’s wish that trials of his life  to stop.

It speaks of the bitterness of the situation where a man is left with no choice but face the trials of his life.

As it is now, Duterte is facing waves and waves of issues from politics to socio-economic challenge. Davao people knows, if Duterte sings “Balud sa Kapalaran” he is trying to express and unleash burdens on his shoulder.

When this writer asked Duterte how he view his life as a president? he just smiled and said “lonely but I get inspiration in helping the Filipino people, I am doing the best I can to help eery Filipino.”

He even turned his back to cover his emotions while singing the song during his “get together dinner” with the Davao Press on September 23, 2017 at the Matina Enclaves Clubhouse.-Editha Z. Caduaya/Newsline.ph