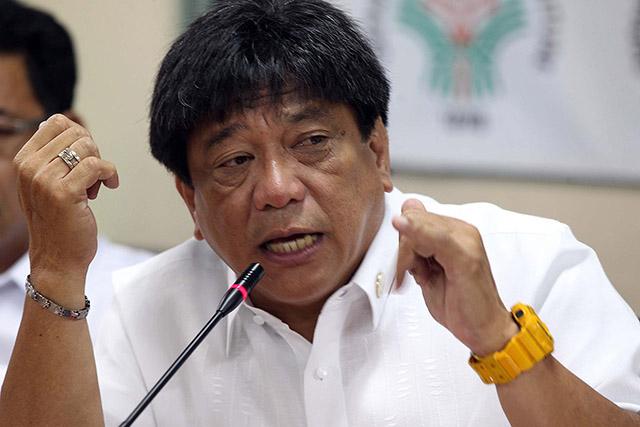 MANILA, Philippines — The Office of the Ombudsman recommended the perpetual disqualification from public service for former Agriculture Secretary Proceso Alcala.

In two separate decision,  the Office of the Ombudsman has found Alcala guilty of Grave Misconduct and Conduct Prejudicial to the Best Interest of the Service.

In the first case, Alcala was found liable for the misuse of P13.5 million for the construction of the Quezon Corn Trading and Processing Center (Center). Records showed that on 27 September 2012, the Isa Akong Magsasaka Foundation Inc. applied for an accreditation with the DA “in order to be part of the project implementation that will help the farmers in Quezon Province.”

In the second case, the Ombudsman found Alcala liable for illegally allowing the DA to resort to the alternative method of Repeat Order despite the agency’s failure to comply with the requirements under the Government Procurement Reform Act.

For the first case, Ombudsman investigators found  that in 2012 Alcala certified that the Foundation complied with the requirements of the Commission on Audit regarding the accreditation and award to NGOs for implementation of DA-funded projects.

Thereafter, Mr. Bautista Ella, President of the Foundation, and Alcala signed a Memorandum of Agreement on 11 February 2013 wherein the DA undertook to provide financial support through a fund transfer in the amount of P15million for the establishment of the Center.

A certain Laureano Arnulfo Mañalac issued two official receipts from the Foundation acknowledging the receipt of the funds.

According to complainant Field Investigation Office (FIO), Alcala authorized the DA to transfer the P13.5million for the construction of the center on a lot privately owned by Ella which is contrary to the basic principle that public funds shall be used solely for a public purpose.  The FIO also uncovered that Mañalac is Alcala’s Head Executive Assistant (HEA) who concealed his interest in the Foundation as one of its incorporators and his relationship to Ella, his father-in-law.

“Since Mañalac was an incorporator of the Foundation and given his functions as program director of the APTC program, the foundation would have been automatically disqualified from being granted any public funds from the program.  Alcala’s claim that Mañalac resigned on 01 October 2012 is of no moment. When the foundation applied for accreditation, Mañalac was still Alcala’s HEA and was the program director of the APTC Program,” read the Decision.

In the second case,  Records show that on 12 April 2010, former DA Secretary Bernie Fondevilla awarded a contract for the delivery of 1,500 sets of pump and engine for the Shallow Tube Well/Pump Irrigation System Open Source project. The project was awarded to Agricom via negotiated procurement at a contract cost of P116,925,000.00 or P77,950.00 per pump and engine set.

On 08 September 2010, Director Silvino Tejada of the Bureau of Soils and Water Management (BSWM) of the DA, wrote Alcala requesting for the procurement of 375 sets of pump and engine at a total cost of P29,231,250.00. The request was favorably acted upon by Alcala who issued a purchase order on 22 September 2010.

The Ombudsman faulted Alcala for resorting to Negotiated Procurement as there was only one failure of public bidding and for inviting only Agricom to attend the negotiated procurement proceedings despite the fact that a second bidder participated in the first public bidding.