Posted on October 15, 2017 by NewsLine Philippines 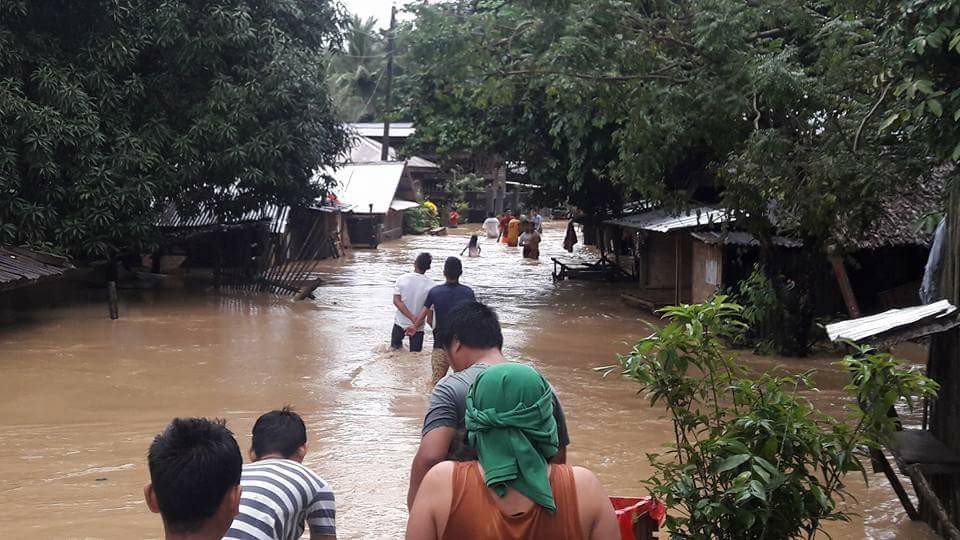 ZAMABOANGA CITY, Philippines — Sea transport suspended here as the city submerge with flood waters while some roads are inaccessible due to landslides as typhoon ‘Khanun’ (with local name ‘Odette’) already exited the Philippine Area of Responsibility (PAR) Saturday evening.

As of now, heavy downpour and strong winds render resident immobile as floodwaters increasing from knee-deep hight to shoulder-high as of noon time.

Members of the Philippine Coast Guard rescued 34 fishermen off Tigtabon Island, the fishermen were aboard a small fishing craft.

Meanwhile, about 5,000 residents of barangay Labuan, Vitali here have evacuated as flood waters increasing as of noon today.

The trough of ‘Khanun’, which was last located 590 km west of Basco, Batanes, however, will cause cloudy skies with moderate to occasionally heavy rains and thunderstorms over Batanes and Babuyan Group of Islands.

The ITCZ will cause cloudy skies with light to moderate rains and thunderstorms over Metro Manila, Calabarzon, Bicol, Mimaropa, western and central Visayas, Zamboanga Peninsula, Tawi-Tawi, Sulu and Basilan.

Partly cloudy to cloudy skies and isolated rainshowers, mostly in the afternoon or in the evening, will prevail over the rest of the country.

Meanwhile, moderate to strong winds will prevail over the entire archipelago.