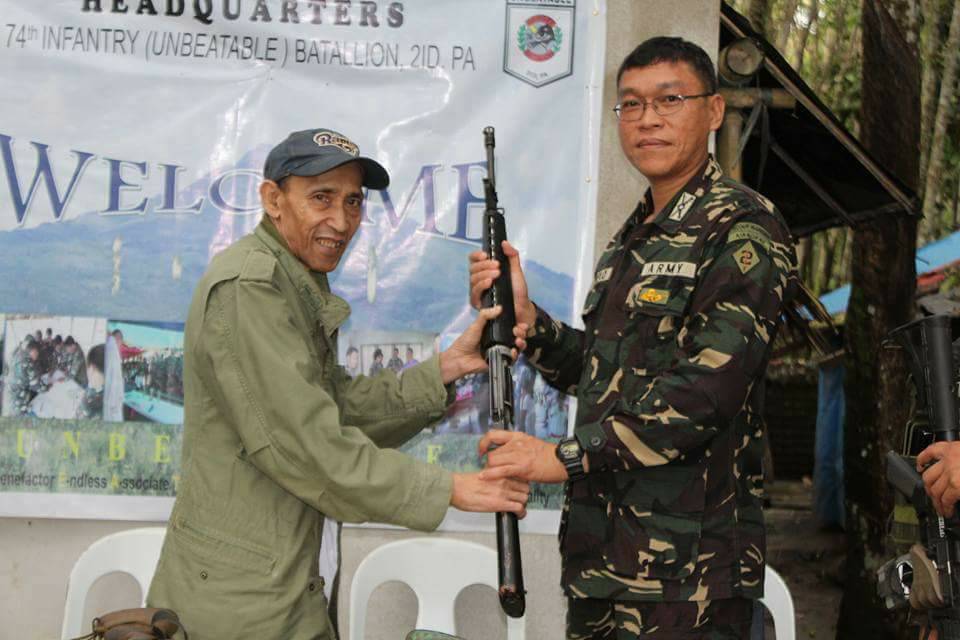 BASILAN CITY, Philippines —A relative of slain emir Isnilon Hapilon and two more members of the Abu Sayyaf Group under top leaders Furuji Indama and Nurhasan Jamir laid down their arms as combat operations are being intensified in Basilan.

The nuetralization of the Abu Sayyaf leader Isnilon Hapilon is expected to lead to the surrender of more ASG members in the coming days. Ben Salina Sapilin, a.k.a. Ben, a cousin of the late sub-leader Hapilon, and two other Abu Sayyaf members, identified as Rami Ben Sapilin and Muhamadendeng, yielded to the troops in Barangay Macalang, Albarka, Basilan at 4pm last October 17, 2017. The group of Sapilin also surrendered an M16 A1 rifle, a Caliber .30 M1 Garand rifle, and an M79 rifle. Sapili, a.k.a. Attik, is listed in the records of the Armed Forces of the Philippines as a follower of Nurhasan Jamiri, while Muhamadendeng, a.k.a. Aburayhad, is a follower of Furudji Indama. “Sapili and his companions are currently in the custody of the 74IB for the debriefing to be facilitated by our intelligence units,”Col. Juvymax Uy, commander of the Joint Task Force Basilan, said.

The surrender was facilitated by operating troops of the 74th Infantry Battalion led by 1st Lieutenant Ali Kagui under the supervision of Lieutenant Colonel Jonas Templo.   “Our Joint Task Forces will continue to sustain their security operations to bring about the eventual defeat of the Abu Sayyaf operating in the ZamBaSulTa area,” said Lieutenant General Carlito G. Galvez, Jr., commander of the Western Mindanao Command.

For this year, a total of 124 Abu Sayyaf members surrendered to government forces. Of this, 68 yielded in Basilan, 33 in Sulu, 21 in Tawi-Tawi, and two in Zamboanga City.-Richard G. Falcatan/Newsline.ph