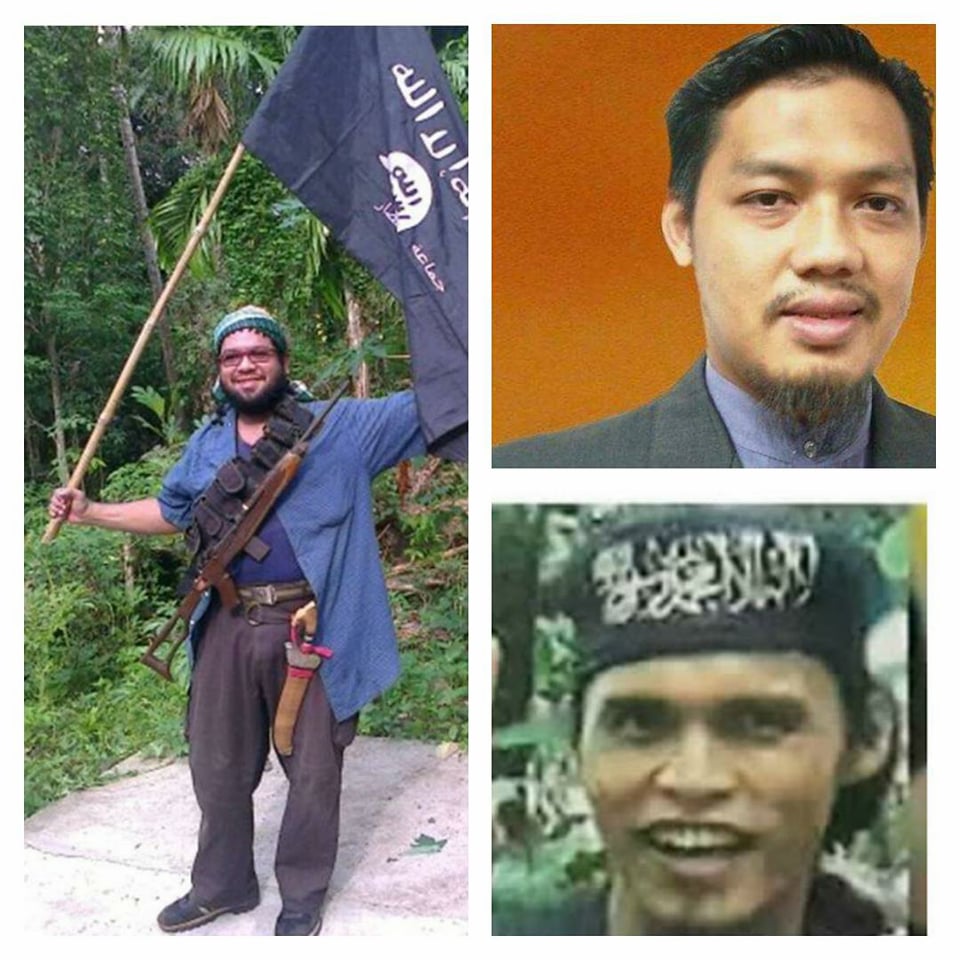 DAVAO CITY, Philippines — Three Malaysian terrorist  who were killed in Marawi came to the Philippines in 2014 to set up an Islamic States.

The trio was led by Ahmad,  who according to President Rodrigo Duterte  was killed Monday October 16, 2017 in Marawi City.

The report revealed on April 2014 “The trio flew to Mindanao to arrange for military training and bomb making for Malaysian militants who would later be sent to Syria to join IS.”

On May 27, 2014, Joraimee who worked as an administrative officer of Selayang Municipal Council  since April 18, 2011 was terminated from government service  after he failed to return to work.

In July 2014, news about the three broke off among Malaysian media when police announced that they were among five suspected Malaysian militants linked to IS and Abu Sayyaf terror group in the Philippines.

Joraimee was the spiritual leader of Dr Mahmud’s group which spread militant teachings and encouraged Malaysians to fight in Syria.

They had planned to return to Kuala Lumpur after their mission.

But they did return to Malaysia anymore after they found out that they were on Bukit Aman’s wanted list.

The Stan Online reported the  five were closely linked with South-East Asia’s most wanted terrorist Zukifli Hir alias Marwan who was killed in a gunbattle at Mamasapano in Mindanao in September 2015.

Dr Mahmud, Joraimee and Mohd Najib were most of the time embedded with Isnilon Hapilon, the Abu Sayyaf group leader in Basilan.

A year later, they took an oath (baiah) pledging allegiance to IS with Isnilon.

Intelligence sources described Dr Mahmud and Joraimee as “inseparable”, adding that they met with every militant group aligned with the “Black Flag” ideology in sout­hern Philippines.

They facilitated the travel of Malaysian militants to Syria after training in southern Philippines and used Sabah as the backdoor entrance or exit for militants.

On Dec 15, 2015, Mohd Najib, who is a bomb-making expert, was shot dead in a clash with the Philippine military before the Abu Sayyaf could carry out a plan to bomb a new shopping mall in Zamboanga City.

Joraimee and Dr Mahmud joined the Maute group to attack Marawi City. They were key aides of Isnilon who led the attack on Marawi City with the Maute brothers.

Jaraimee was killed by  government soldiers during the aerial bombing Thursday, September 28, which took place at the vicinity of the  Bato Mosque in Marawi City.