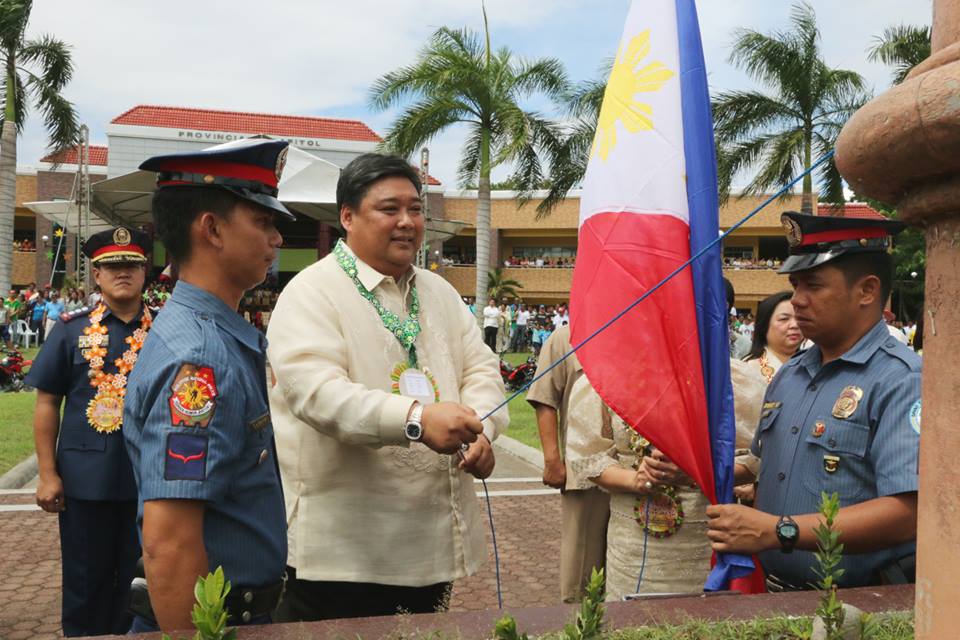 The provincial government even decided to terminate the 83-day old  Memorandum of Understanding (MoU)  between  the Hongkong-based Pionaire Finance Limited after learning that the firm had been asking considerable sum of money from would-be contractors.

The notice of termination was sent via email to the firm.

The firm, based on LinkedIn  Pionaire Finance Limited,  owned by Asllan Jaku  based in Hongkong.

Attorney Cesar Europa, the legal counsel of Davao Occidental Governor Claude Bautista told Newsline.ph that sometime last year, Jaku  presented his proposal to develop a portion of the over 2,000-hectare Economic Zone of the province for  industrial park which led to the MoU signing in August.

But unknown to them, the Pionaire  scheduled the groundbreaking of the project last Friday, October 27, 2017 which caught the provincial government flatfooted.

In a press statement published in Sunstar Davao through a news item on October 20, 2017 it stated “The project dubbed as Davao Occidental Marina and Industrial Park will be developed within a 2,000 hectares property in Barangay Buhangin Tubalan, Malita, Davao Occidental. It is scheduled for groundbreaking ceremony on October 27, 2017. “It is designated by Philippine Economic Zone Authority (Peza) as an Economic Free Trade Zone,” Asllan Jaku, chairman and CEO of Pionaire Finance Limited, the Hong Kong-based company behind the Private – Public Partnership (PPP) project, said in a press statement.

On the supposed groundbreaking day, Maydeeh Libago, the executive assistant of the project called for a press conference at the Marco Polo Hotel and announced the termination of the project citing legal and land use plan problems in their site.

The reason as cited by Libago further provoked the provincial government “It seems we are the reason for the cancellation when  prior to their announcement we already notified that we terminated the MoU.”

“How can they blame us when we already informed them that we cannot deal with them anymore?  when they came to us we told them that we must follow procedures as the area is agricultural and there is a need to secure the approval of the Department of Agrarian Reform (DAR).”

“How can they move a shovel to break the ground when we did not authorize them?

The land which is being eyed for the project is classified as an agricultural zone based on the zoning map of the province and it needs to be re-classified to an industrial site by the DAR before any project or the an industrial park will be developed.

The proposed industrial park, Europa emphasized “has been pre-qualified by the Philippine Economic Zone Authority (PEZA) but it needs the DAR clearance and we do not have that yet. Worse, we did not know they were scheduling a groundbreaking without the knowledge of the Governor.”

Reasons for the termination

Unknown to the Pionaire, Europa said “In the early days of October, Europa, the Governor received reports that the Pionaire has been asking $4,000 to $5,000 as accreditation  from prospective contractors and some did pay.”

The provincial government was also informed that  the Pionaire was moving around “showing the photos of the project with their  staff having pictures with the Governor and we did not know that. They were like representing the provincial governor’s office by using the plan and pictures  without our knowledge.”

The provincial government tried to validate and  investigate the reports which turned out to be factual, Europa added.

“They even presented themselves as if everything has the clearance of the provincial government and made people believe that everything was going as planned,” he added.

While the provincial government recognizes that there was no actual damage done to them “except the name dropping” Europa emphasized.

“We cut the ties, but we are ready to issue a certificate that the Pionaire did not have the authority to represent the provincial government,  should any of those would-be contractors ask for it,” he added.

But should some aggrieved party need our help in a legal case, we are ready to help them.

The incident involving Pionaire, however, will not hamper the provincial government in its initiative to develop the industrial park.

What is clear now, Europa  revealed “They cannot come to us anymore, they are blacklisted.”-Editha Z. Caduaya/Newsline.ph