Posted on January 1, 2018 by NewsLine Philippines 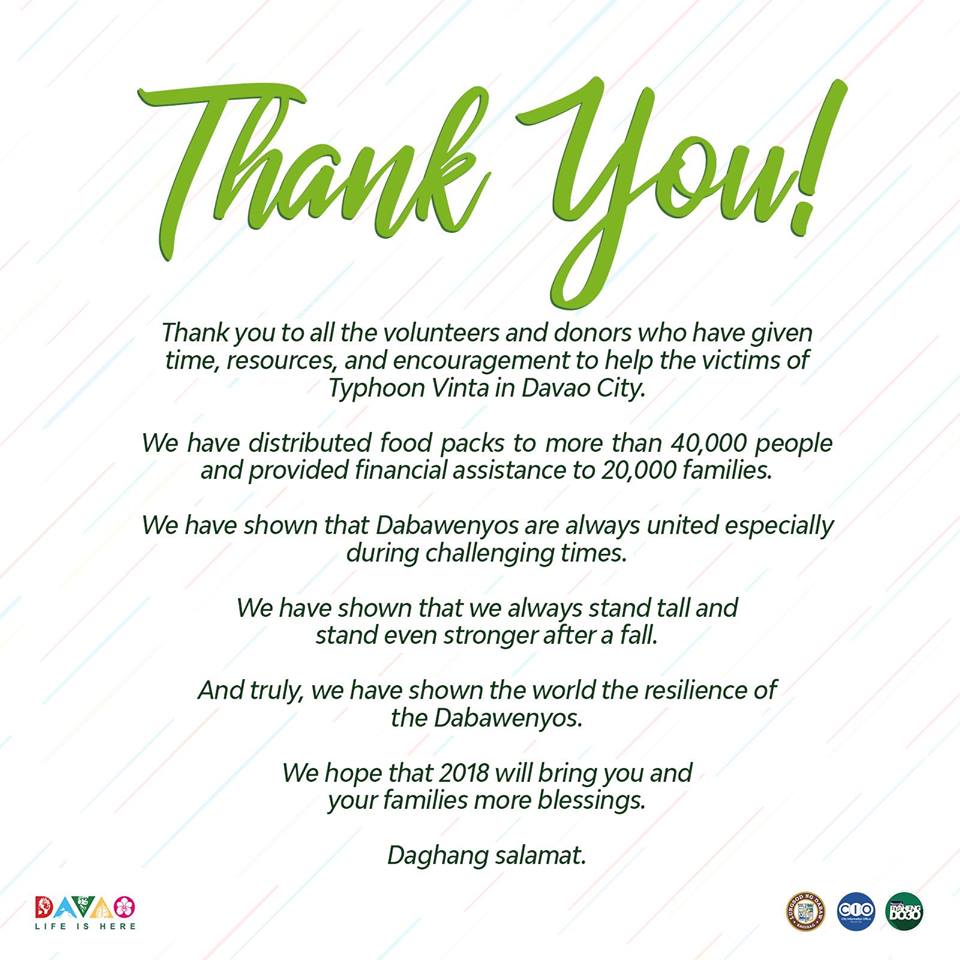 DAVAO CITY, Philippines —As Dabawenyos were grieving for the death of 37 people in the tragic NCCC Mall fire which broke off eve of Christmas Day and hundreds of residents remain at the evacuation centers due to typhoon Vinta, the city government suspended all festivities to condole and assist the affected families.

Typhoon Vinta displaced more than 18,000 families. City Mayor Sara Duterte-Carpio suspended the Pasko Fiesta and the annual Torotot festival among others, as she appealed to Davaoeños to share their blessings to the evacuees.

The city’s “Torotot” Festival is the annual activity since Davao City implemented the Firecracker ban.

“Nag sugba lang mi ug isda unya nag pray (We grilled fish and Pray)” Gleceria Amonte, 63, described her family’s Medya Noche, saying they cannot afford a lavish celebration because her  relatives were among those who evacuated during the flashflood and  are still at the evacuation center.

Many Davaoeños headed to the call of the city government to observe a simple celebration as families of the NCCC fire are still grieving the loss of their love one’s.

To greet the New year, motorist moved around their respective villages pulling empty cans as they honked their cars to signal the New Year.

“It is different, we feel the emptiness as if something is missing,” says Marlon Conde, a call center agent. “I feel part of me is still crippled because of what happened to my fellow call center agents at the NCCC,” he added.

Davaoeños usually rally behind the city’s leadership in its every challenge and stood together as one. In 2017, the spirit of Davao was again put to test with the successive tragedies. The year 2017 ended with everyone welcoming the New year peacefully.-Newsline.ph