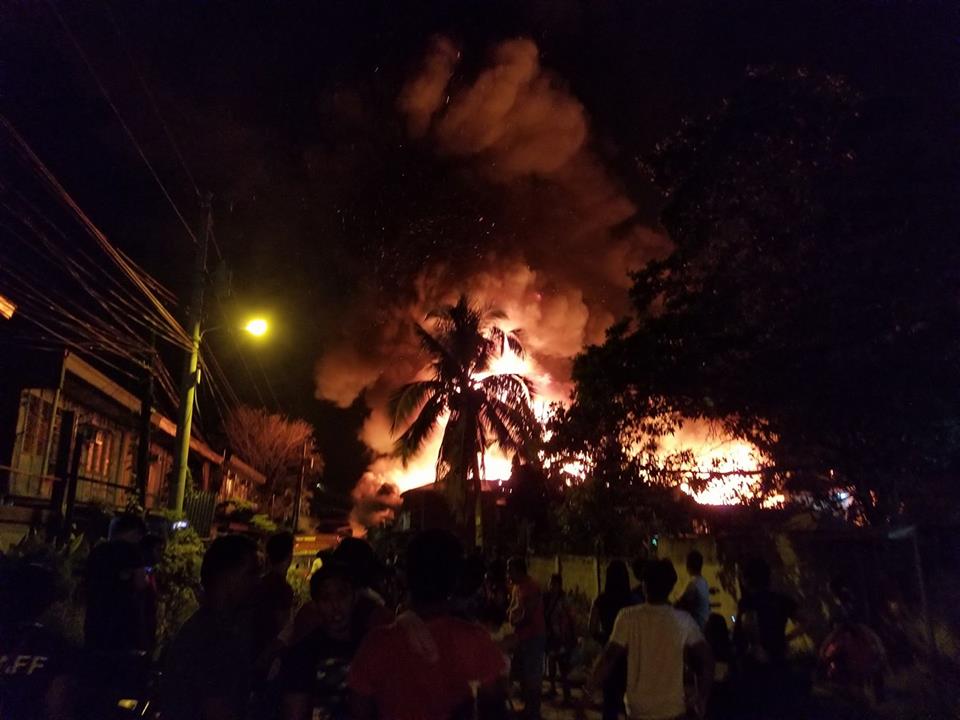 Village chief Leonardo Miguel Aquino said his constituents were enjoying the New Year celebration when the fire broke off at around 12:15 in the morning of January 1.

According to accounts, the fire started in the house rented by Flora dela Rodriguez at the corner of Lakatan and Marang Streets, Jereza Subdivision, in Baranagy Wilfredo Aquino.

Authorities do not have the access to get information about the origin of the fire  as the entire family fled the city after the incident “They left after the fire and we do not know where they are now,” Aquino added. “Everyone was on top of the celebration when the fire broke off, the fire spread quickly, houss were razed to the ground as most of which are made of light materials,” he added.

The firefighters promptly responded but the conflagration was all over, Aquino described.

Grant said a witness, identified as Lauro Lim, saw the house of dela Rodriguez in flames while people were out on the streets to welcome the New Year.

Probers have yet to determine the cause of the blaze.

The city government immediately provided the things they need from clothing to kitchen utensils.-Editha Z. Caduaya/Newsline.ph