Posted on January 4, 2018 by NewsLine Philippines 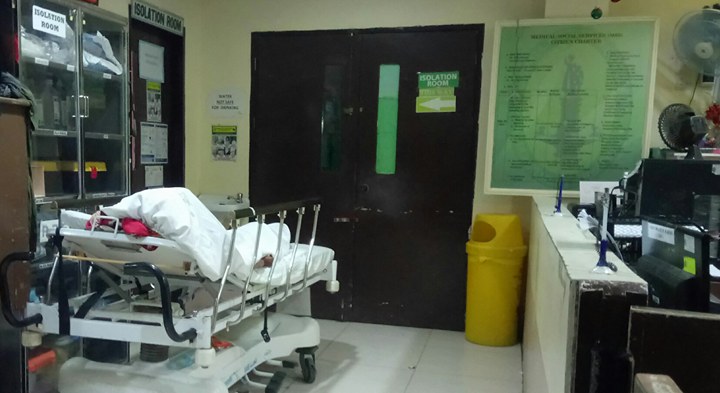 DAVAO CITY, Philippines — A rubber plantation worker of Dacon Company and seven others including three minors were killed when a 81mm mortar shell exploded inside their bunkhouse in the village of Washington, Barangay Guban, municipality of Sirawai Zamboanga del Norte Wednesday 5:00 in the afternoon..

The explosion also wounded three others  who are now confined at the Zamboanga City Medical Center.

Wilson Simbulan, relative of the victims revealed Karding Antugon, 23, a rubber plantation tapper brought home a mortar shell he found in the vicinity of the plantation.

The victims are living in a bunkhouse owned by Dacon Company.

Simbulan told reports, Antugon could have mistakenly identified the “banana blossom-shaped” mortar shell with a golden sheen to a treasure.

Simbulan revealed Antugon tried to hit the mortar shell with stone until it blew up right on his face which decapitated him and instantly killed five house occupants  who were watching while Antugon tinkered with the mortar shell.

The three wounded identified as Paul Simbulaan, 40; the father of the Simbulaan kids, Arnel Malanao and Joey Sandigon are still confined confined in the hospital.

Police operatives  of Sirawai Police are still investigating the incident.

Unconfirmed reports however revealed, exploration in the area is ongoing.-Editha Z. Caduaya with reports from RMN Zamboanga City