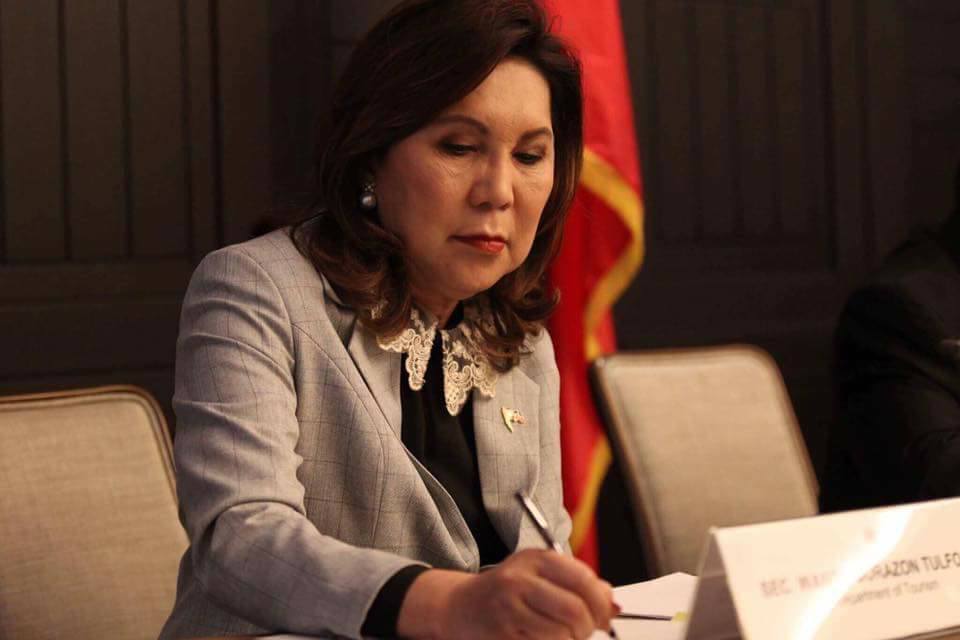 DAVAO CITY, Philippines — Tourism Secretary Wanda Teo says the major reshuffling she is implementing at her agency is to enable the regional directors to “flourish” and get them out of their “comfort zones.”

The Business Mirror in an interview quoted Teo saying “We’re transferring them to get the best out of them. We need new ideas, new destinations and new products; these are things demanded by our foreign tourists. This was what I gathered in my travels abroad after meeting with travel agents overseas and prospective tourists to the Philippines.”

Tourism stakeholders  from  different regions affected by the recent memorandum transferring/reassigning their regional officials are up in arms for the retention of their officials.

The petitioners claim tourism officers must come from their regions because they know the language and culture of their respective areas which makes tourism promotion earlier.

The  Department Order No. ‎2017-101 dated December 29, 2017, which took effect on January 4, 2018, affected  27 officials causing their  reassigned and were re-designated from their original posts.

Teo explained her decision to exercise the prerogative to reassign 22 DOT directors and five officers-in-charge, was to enable them to “flourish” and get them out of their “comfort zones.”

The tourism officers were issued reassignments and the reason given “in the exigency of service,” which essentially a catch-all reason often used by government agencies to ensure their services are rendered properly.

In the same Business Mirror interview, Teo said: “We need new ideas, new destinations and new products; these are things demanded by our foreign tourists. This was what I gathered in my travels abroad after meeting with travel agents overseas and prospective tourists to the Philippines.”

She added that, last year, she went abroad to find out what the foreign tourists needed, and what were the issues hampering the arrival of more visitors to the Philippines.

“This year I will go around, visit all the regions and find out the concerns there. We also want to develop more products in the regions for tourists,” she stressed.

Teo also ordered the reassigned officials to turn over documents and vacate their offices within a week.

For those who do not own a  house in their new assignments, Teo suggests that they  will be given relocation allowance.

The relocation allowance will cover the house rent which amounts from P4,000 to P5,000 a month.-Editha Z. Caduaya/Newsline.ph