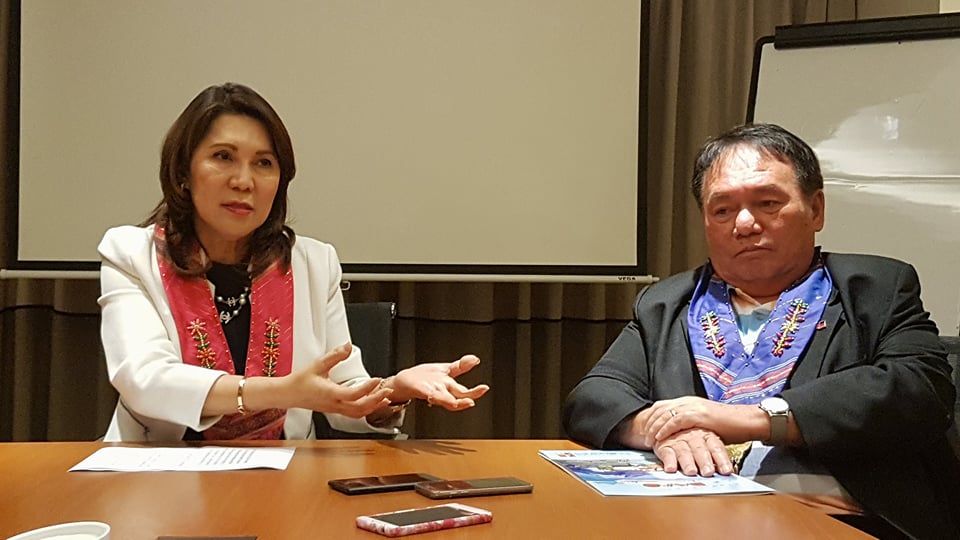 DAVAO CITY, Philippines — The new  tourism regional director  here appeals to tourism stakeholders to give him a  “honeymoon”.

The atmosphere inside the meeting room at the SEDA hotel was lukewarm when Tourism Secretary Wanda Teo introduced  the new director Antonio Fernando Blanco who used to be the  director of DoT in Zamboanga Peninsula.

Blanco bowed and waved to the tourism stakeholders as Teo called his name, though he is no stranger to the region, the audience became inquisitive who replaced DoT regional director Roberto “Robbie” Alabado.

It is not Blanco’s fault  if he replaced  Alabado, as it was a department’s memorandum, the same memorandum ordered Alabado to head  the Medical tourism office in Manila, a new world for him.

During the round table media discussion, Blanco was emotional of his transfer  “Me too, I left my family in Zamboanga, I will miss sending my children to school every morning, but I have to honor the memorandum, so I’m here.”

Blanco is among the DoT directors subjected to reassignment based on the memorandum.

Tourism stakeholders raised arms to protest the transfer of their respective regional directors but it did not change the equation.

When Teo faced the tourism stakeholders of Davao region, she emphasized “I talked to the President (Rodrigo Duterte) that I will reshuffle the directors and he said ‘Do what you want’. Kaya yang signature campaign na iyan, di ‘yan uubra sa akin.”

The reshuffling according to Teo, “Is long overdue, I wanted the directors to duplicate their success in other regions “I decided to exercise my prerogative to reassign 22 DOT directors and five officers-in-charge (OICs) to posts where they would flourish, getting them out of their “comfort zone” to widen opportunities and networks and to face new challenges towards higher creativity and innovation.”

From his end, Blanco said it is not easy to leave his comfort zone.

Being new in the region, Blanco appeals for a honeymoon to melt down

” I probably say the same thing what im telling you now, give me a break for crying out loud, I’m new in this position but definitely I know how to melt down and cooperate,” Blanco said as he thinks a honeymoon period is necessary for everyone to know each other.

Leaving their families is amongthe biggest challenge of those affected by the memorandum, for Blanco he said “I just want you to understand I have just started full-pledged, I can tell you who I am, what I have done, but what is clear to me now–is I need to follow and order–an order-is an order-, I did not aspire for this position, nor did I make any representation to the Secretary-it was her decision. and being my boss I have to follow orders.”

Leaving his family, Blanco admitted is something very emotional “I have four children, I take them to school everyday, it has been my role, Napakahirap po,na ma transfer dito  (It is very hard for me to be transfered here) but I take in the challenge.”

Blanco, a graduate of Ateneo de Zamboanga,  is not a stranger to the region,he used to work for the LSSarmiento plywood  Inc.in Panacan and lived in Matina Aplaya for years.

He worked as contractual for several years until he was encouraged to take  the Civil Service examination and passed it.

Blanco rose from the rank until he was appointed  manager of Tourism Infrastructure and Enterprise Zone Authority for Zamboanga Peninsula then the DoT regional  post.

For tourism industry in every region to develop, Blanco said “We need to work together and I need the support of everyone here in Davao region.”-Editha Z. Caduaya/Newsline.ph