Go ready to quit if proven he mediates in the P15.7-billion Navy procurement 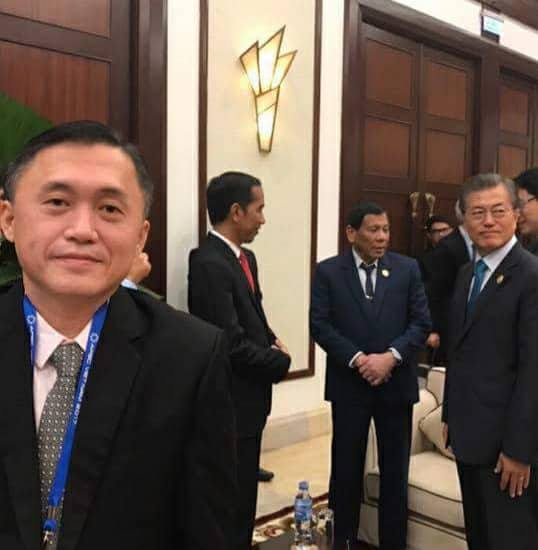 DAVAO CITY, Philippines — The almost speechless Special Assistant of  President Rodrigo Duterte broke his silence as he  has been dragged in the P15.7-billion Philippine Navy procurement controversy.

Secretary Christopher Lawrence  ‘Bong’ Go  said he is willing to quit from service if proven that he facilitated or meddled  in the P15.7-billion  frigate program of the Philippine navy.

In a statement, Go said “My name has been unfairly dragged in this issue. I am not privy to the frigate transaction of the DND.”

He added “I have never seen the controversial document (white paper) that is alleged to have come from me, much less, handed the same to SND Lorenzana. In fact, I will resign if it can be proven that I intervened. It should be emphasized that the frigate project was already a done deal in 2016 during the time of former Pres. Aquino.”

A Rappler report cited Go for allegedly favoring a supplier for the  Naval Shield Integrated CMS of Hanwha Thales while the Philippine Navy preferred another supplier Tacticos CMS of Thales Nederlands, Inc.

Go added, the Frigate transaction was a already a done deal by the Aquino administration “How can I intervene? It was  done when we came in  and besides I do not intervene in the procurement procedure because that is not my  work.”

Go said he had never seen a white paper which he allegedly handed to Department of National Defense (DND) Secretary Delfin Lorenzana expressing his choice of the Korean supplier.

Lorenzana in a statement also denied Go’s intervention in the procurement “There was neither hint or guidance from the Palace or from Sec. Go to influence in the implementation of the .”

Mercado said he was even surprised when Go’s name was dragged when all communications are properly channeled from DND to the Philippine Navy.

“As far as I’m concerned I am sure that Secretary Bong never ever raised the issue of frigate, we were together in many occasions but frigate was never discussed,” Mercado added.

President Rodrigo Duterte Wednesday said he will fire Go if Rappler can prove he meddled in the procurement.

Presidential Spokesperson Harry Roque in a cited Rappler for being ignorant of the law, ” It is obvious that Rappler is ignorant of the government’s procurement law, Republic Act 9184, as well as the technical specifications of bidding of the two navy frigates of the Philippine Navy.”

Roque stated “We have to underscore that the Aquino administration chose Hyundai as supplier of the two frigates. This means it will supply the boat, the navigation, the communications, and the combat management systems (CMS). It was also during the previous administration that Hyundai was declared the responsive bidder and awarded the two frigates, including the CMS.”

With all the procurement procedure done, Roque opined ” It is therefore futile for Special Assistant to the President Christopher Lawrence “Bong” Go to intervene in the choice of CMS as this was already included in the awarded frigates as part of the purchase price of PhP15.7 Billion.”

Roque also stated “This proves that Rappler’s allegation against SAP Go is without legal and factual basis. Rappler, once again, has peddled fake news.”

Roque also downplayed the call of Magdalo Representative Gary Alejano to cancel the frigate project for the purchase of two warships for Navy.

Roque said that Alejano should instead blame the previous administration “that took the bidding and chose the winning bidder.”

Despite all denials, Rappler however stand  with the story.-Editha Z. Caduaya/Newsline.ph