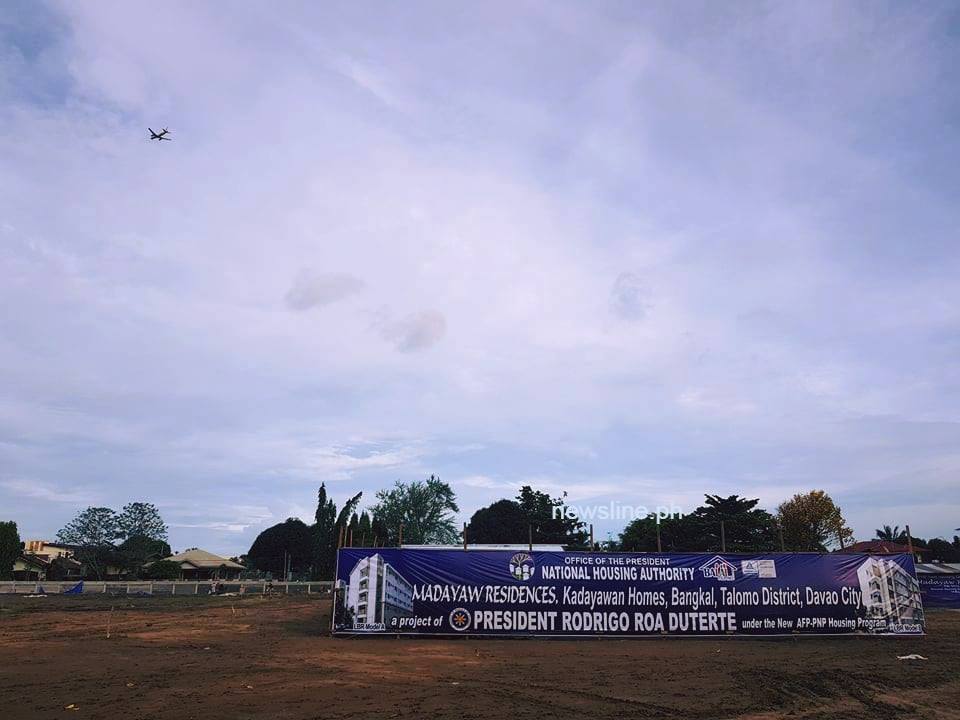 DAVAO CITY, Philippines — The National Housing Authority will unviel the model condominium building intended for the members of the Armed Forces of the Philippines and the Philippine national Police (AFP/PNP) in March.

Marcelino P. Escalada, NHA General Manager said the agency allocated P720-million for the construction of the sixteen low rise condominium buildings to house 60  families  in every building at Kadayawan Residences in Bangkal this city.

“We will try our best that the 16-condominiums will be completed in 24-months, this is our target because we cannot sacrifice quality against time,” Escalada stressed.

The three-hectare NHA property is very accessible, it is just a walk away from the national highway and a stone’s throw away from the Our Lady of Lourdes Parish in Central Park, Bangkal.

“The construction is underway and we will turn over the first condominium in March to President (Rodrigo) Duterte and Mayor Sara Duterte-Carpio.”

As instructed by the President, Escalada said every applicant “Will have a choice from 22-sq. 36 or 44 meter floor area.”

Escalada describes  the NHA project as “A decent, affordable, comfortable and liveable home for a government worker.”

The partitions and specifications is equaled to commercial condominiums which cost P4-million in the market “But the NHA condo units is deffinitely at a lower cost.”

“It is very affordable,” he added.

This developed as the NHA will soon acquire a ten-hectare property in Iligan City for the AFP/PNP housing in region 9.

“We will build the houses or condominiums in Iligan to cater to the AFP/PNP members in the area and we are now negotiating for the price,” Escalada added.

As it is now, there are 55,000 abandoned NHA housing units all over the country, the supposed beneficiaries abandoned their application citing sub-standard materials and unfit for human occupancy.

“We will rectify the errors of the past, we will try our best to regain peoples trust in our agency and the challenge is there , we would like the public to know that we are a working agency trying to correct the limitations of the past,” he added.-Editha Z. Caduaya/Newsline.ph