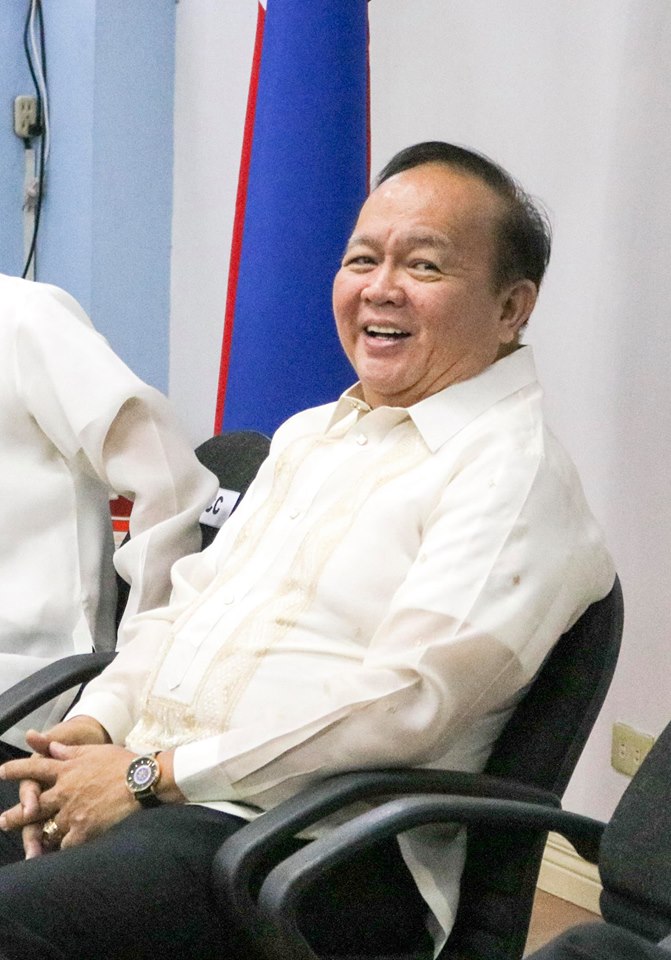 Pinili will serve the remaining term of resigned PCSO chair Jorge Corpuz who was appointed in July 2017.

Pinili is a graduate of the Philippine Military Academy Class “Matikas” ’83, is a classmate of PCSO General Manager Alexander Balutan.

During his 35 active years with the Philippine National Police, Pinili was cited for many initiatives  he introduced  in the region, among those was  the implementation of a blotter system to every mobile patrol vehicle.

He initiated the opening of talks with the local communist terrorist group in the municipalities of Davao del Norte and Compostela Valley.

He retired as assistant regional director for operations in PNP XI in 2014.

After his retirement, Duterte appointed him as the assistant head of the Davao City Public Safety and Security Control Center (PSSCC), a department overseeing the 911 operations.

During the presidential campaign, Pinili was among the top officers who craft the campaign security plan.

In 2016, Duterte appointed Pinili to head of the Office of the Special Envoy on Transnational Crime.

The roots of Pinili

Pinili comes from a noble  family in Bo.  Obrero,  he is second of the five siblings.

His wife is  a licensed veterinarian who is occupying top position in the city government of Davao.

Pinili as  a boss

Superintendent Antonio Rivera, the regional director of Philippine Drug Enforcement Agency (PDEA) XI, who was then the chief of police in the municipality of Dujali in Davao del Norte when Pinili was the provincial director, described the PCSO chair as a very strict but low profile director.

Rivera said Pinili embraced  a “Mentoring leadership style. At work he is very strict in dealing with his subordinates, he used  parable  to make you understand what the work is all about and how to deal with a problem.”

Pinili, a member of the Free and Accepted  Mason,  is a dedicated government worker  “He is silent  but diligently work ,  during work you seldom hear him talk – he just work and work,  he is always with his family during his free time,” Rivera described.

On Sundays, Rivera said “Sir Pinili is with his family, going to church as a family is always a must.”

“Sir Bong (Pinilli’s nickname)  is a family man, he draws strength from his family,  with them you can see him smile. He is a dedicated public servant and a family man.’-Editha Z. Caduaya/Newsline.ph