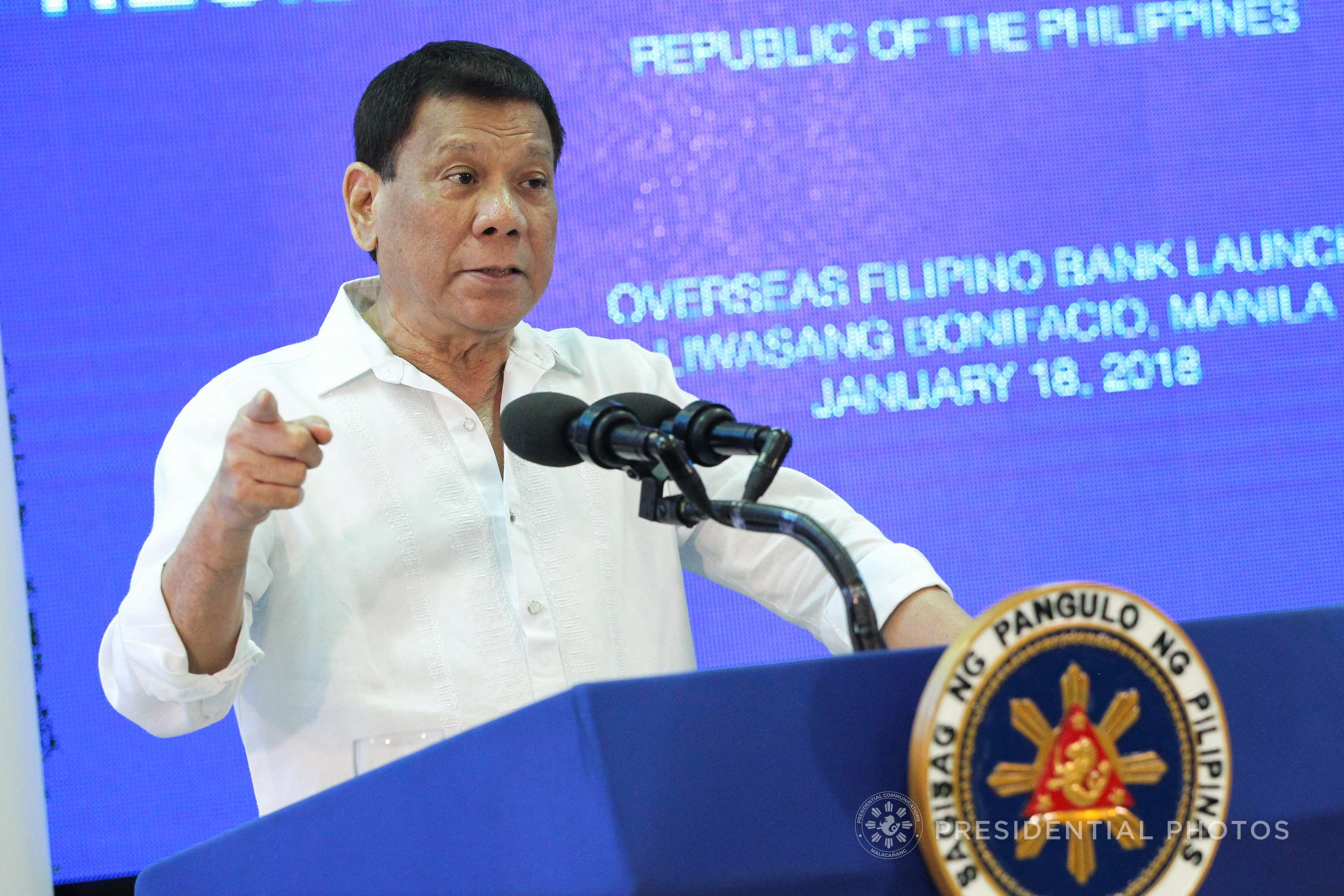 DAVAO CITY, Philippines — The Philippine government is planning to talk with the government of Kuwait about the  increasing sexual abuses involving Overseas Filipino Workers.

During the launching of the OFW Bank Thursday afternoon, January 18, 2018, Duterte shared his apprehensions on the increasing number of sexual abuses involving Filipino workers.

Duterte said “My advise is we talk to them, state the truth, and just tell them that it’s not acceptable anymore. Either we impose a total ban or we have a correction,” said Duterte.

Reports reaching the Palace revealed  four new  sexual abuse cases involving Filipino domestic workers in Kuwait and according to reports their male  employers are the offenders.

Duterte was however cautious “I do not generalize them” but he added most of the abuses are committed against the household workers in the Middle East.

He stressed “I do not want a quarrel with Kuwait. I respect their leaders but they have to do something about this because many of the women commit suicide. They claim abuse, sexual, and they endure.”

Labor Secretary Silvestre Bello III  told reporters that Duterte is studying a possible ban on the deployment of all types of Filipino workers, not just domestic workers.

Bello however said, he has yet to receive instruction from Duterte to craft the necessary department orders.

“When my lady employer was out, her husband would go to my room room in the guise of asking questions and he became too touchy and in many occasions he offered money, I informed my recruitment agency here but it took time before they acted my complaint, until I decided to escape and went to he embassy.”

Some OFWs in the Middle East are also complaining about the shabby treatment of the embassy employees “parang wala silang pakialam sa amin.”-Editha Z. Caduaya/Newsline.ph