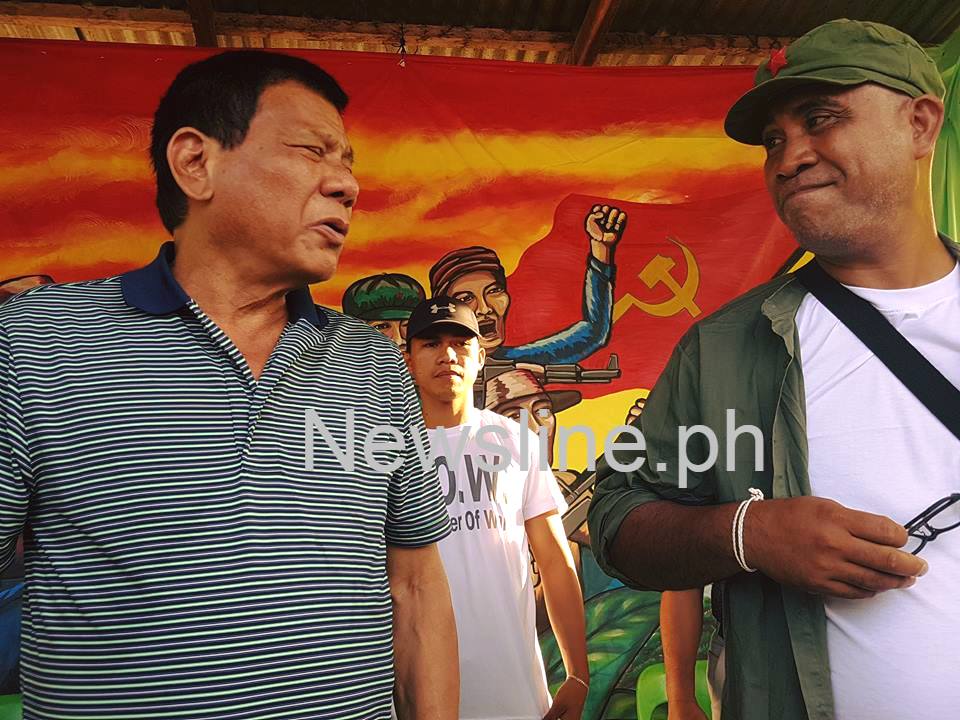 Legaspi known as ka Efren Aksasato was the spokesperson of NDF (NDF-FSMR) while his wife, Wendy also known as Genalyn Legaspi was the chief medic of the front.

Legaspi in an interview with Newsline.ph revealed “I surrendered because I am old now, I have health concerns and above all, my only child wants me to be with my family.”

Duterte met Legaspi on April 26, 2016 during the release of Private First Class Edgardo Hilaga in a remote village in the boundaries of North and South Cotabato.

The couple surrendered to South Cotabato Governor Daisy Fuentes on January 12, 2018 who turned over them to Lt. Col. Benjamin Leander, Commander of  the 27th Infantry Battalion.

“I spent 20 years in the revolutionary movement with the hope of winning, but I’m old now, I have health problems, so we decided, to surrender,” he told Newsline.ph

Legaspi was 26 years old when he joined the youth movement in 1998 “I was adventurous, full of hope, the ideology was my weapon when I joined the revolutionary movement.”

Returning to the mainstream society , was a collective decision “My child wants our  family to be physically together,” Legaspi added.

While the couple was in the hinterlands their only child was away from them, he described “We are a family but physically our son was away.”

Legaspi said he is now 45 years old “My health is the main reason why we gave in to the request of our son, he wants the three of us together.”

Duterte according to Legaspi, promised to provide his medical and economic needs through the government peace program, he however refused to give further details about his meeting with Duterte.

Spending two decades in the revolution, was enough “My son is happy now, we are a family full of happiness living in one roof,” Legaspi stressed.-Editha Z. Caduaya/Newsline.ph