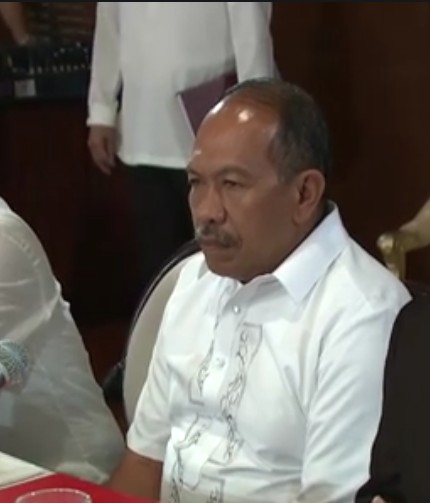 DAVAO CITY, Philippines — The  National Bureau of Investigation released Madji Mutahmad municipal Mayor Jamar Abdullah Mansul Tuesday afternoon, after authorities failed to present evidence that would merit the filing of a rebellion case against him.

Mansul was about to board an aircraft bound to Kuala Lumpur, Malaysia when he was arrested by the operatives of the National Bureau of Investigation, International Airport Investigation Unit (NBI-IAIA), he is the subject of warrant of arrest for rebellion and is on the security watchlist of the Department of National Defense.

Mansul’s name is included in the “watchlist” prepared by the Department of National Defense as contained in Martial Law Instruction No. 1 issued by Secretary Delfin Lorenzana on September 4, 2017.

But while Mansul was at the custody of the NBI, the DND or any law enforcement agency failed to provide evidence to warrant the filing of the case.

NBI director Dante Guierran in an interview with Newsline.ph Tuesday afternoon said “We are still waiting for the evidence to be provided by DND or PNP-CIDG if they fail to provide the necessary evidence, we will release the mayor,its just a watchlist.” In an affidavit dated January 23, Mansul stated he was “RELEASED” by the NBI, International Aiport Investigation Unit (NBI-IAIU) “After I was hold and prevented form leaving the country bound for Kuala Lumpur, Malaysia by the Bureau of Immigration pursuant to Watch List Order (WLO) No. 12-023”.

“I was informed during my custody that my name was included in the Martial Law Letter No.1, duly issued by the Departmetn of national Defense (DND) which was a subject of investigaton for the crime of Rebellion,” Mansul’s affidavit added.

The same affidavit states “I was afforded of my Constitutional and Statutory rights during the investigation… That, I was not harmed, coerced or intimidated during the course of the investigation.”-Editha Z. Caduaya and Richard G.  Falcatan/ Newsline.ph