DPWH XI to meet all contractors 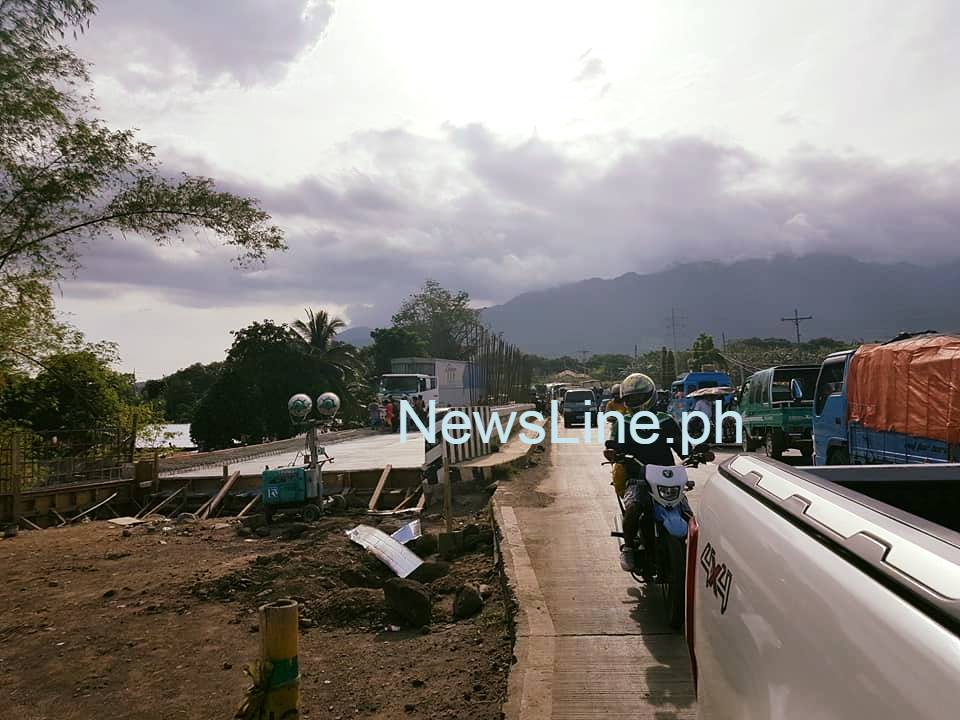 DAVAO CITY, Philippines — The Department of Public Works and Highways regional office here will call all accredited contractors undertaking  projects in the region for a conference this week.

Dean Ortiz, the public information officer told Newsline.ph “We will invite all contractors, those with ongoing projects, those who failed to finish the project on time and those who just signed the program of work contracts for a conference.”

“We will conduct an inventory of all ongoing projects, all unfinished projects and those which logged behind schedule, we need to know the issue behind the delays,“ Ortiz added.

The move of the regional office came a day after President Rodrigo Duterte’s issued a warning to all DPWH contractors to finish all the projects which go beyond the timeline.

Last Saturday, upon his arrival from India, Duterte in a press conference,  gave a marching order to the DPWH to tell their contractors to finish all the unfinished projects within 30 days or face cancellation of contracts or face suit.

After Duterte issued the order, netizens shared predicaments about the  unfinished projects in their areas.

People from Region XI reported the decade-old Davao-Digos road which remained “Under construction” for four decades.

A netizen from  Indang, Cavite said a local officials prioritize  the  road construction going his his farm when the budget was for the barangay road.

As a result the barangay road remain unfinished causing accidents among pedestrians and motorists.

Davao City Vice Mayor Bernard Al-ag said many DPWH prjojects do not have billboard and residents in the area do not know the timeline and the cost of projects.

A multi-billion contractor firm doing projects in Bukidnon and Cagayan de Oro City told Newsline.ph, most of their contracts are affected by the revolutionary forces in the area.

“The rebel groups are asking 2percent share out the contract price and they won’t allow us to start the project unless payment is made, sometimes their tax is too much, the negotiations between the rebel groups is also affecting our timeline.”

In many incidents in the past, rebels burned equipment of the contractor undertaking the Davao-Bukidnon road for failure to pay revolutionary tax.

In North Cotabato, a family agreed to sell a portion of the  prime property to the DPWH for the much needed rad expansion but an official  DPWH XII reportedly refused to issue the exact amount of their property and was asking for share.

“An engineer came to us and asked us to give them P2-million out of the P7-million worth of our property, we did not gave in, we blocke dteh road expansion and it caused delay,” the property owner told Newsline.ph

Above all these, issues, Ortiz said “There is the marching order from the President and includes our agency, we have to act on it.”

Though unverified reports claim, many of those unfinished projects were awarded to firms believed are owned by politicians through their dummies.-Editha Z. Caduaya/Newsline.ph