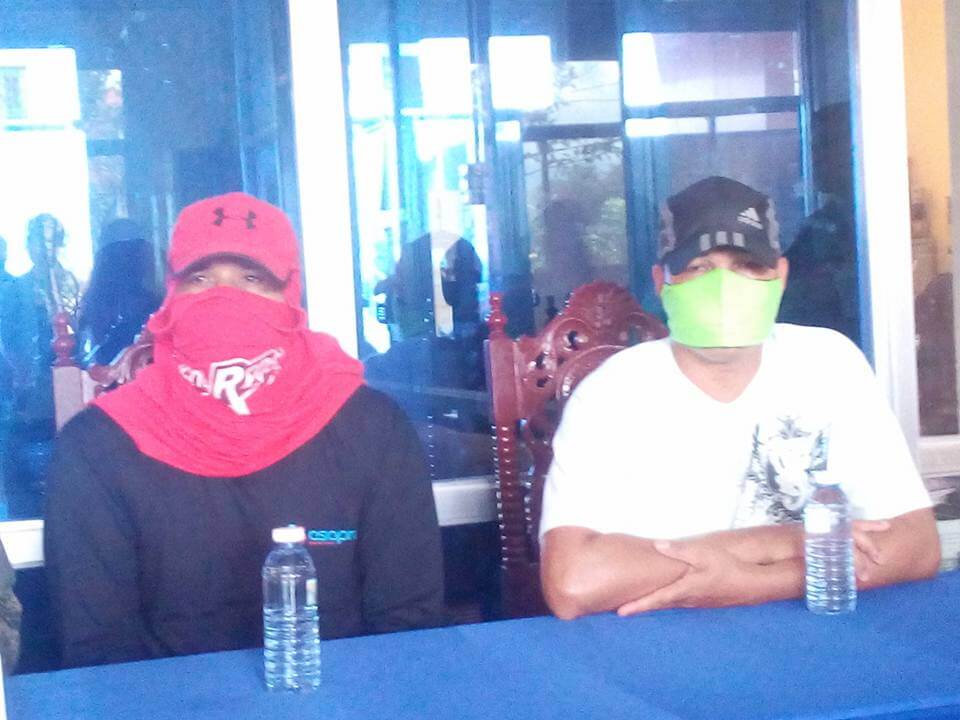 Tuan presented brothers Mitong and Jerald Garcisto who surrendered to police and military authorities in a remote village of New Dumangas.

The two surrenderees are facing kidnapping and arson charges  before the Regional Trial Court in South Cotabato.

The Garcisto brothers stand as the primary suspects in the abduction of Pfc. Ken Suberre, a member of the 27th IB based in Kiamba, Sarangani in 2015.

They are also facing arson for burning a  heavy equipment owned by a contractor in T’boli in 2016.

The two embraced the revolutionary movement for 21 years, under Front ’73 of the guerilla movement.

They surrendered one .45 caliber pistol, a landmine and a claymore mine.

Mitong said they wanted to prove their innocense “Gusto namu ipakita nga inosente mi sa kaso nga among giatubang, mao misurender mi karon (We want to prove our innocense on
charges filed against us, a reason we surender).

Salcedo, director of the South Cotabato PNP, thanked the Garcisto brothers going back  to the mainstream society.

Earlier on, National Democratic Front Far Eastern Mindanao spokesperson Noel Legaspe or Ka Efren and his wife surrendered to South Cotabato Governor Daisy Fuentes and was later presented to President Rodrigo Duterte. The Legaspe couple cited the longing of his only son as the reason for their surrender.