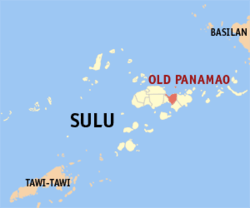 ZAMBOANGA CITY, Philippines — Three members of the Abu Sayyaf Group were killed while seven members of the Philippine Marines were wounded during the search and rescue operations, in Bud Bawis, Pamanao, Sulu Sunday, February 11, 2018.

The incident happened when the Marine Battalion Landing Team encountered  undetermined number of ASG  at about 4:15 in the morning Sunday.

The firefight lasted for about 90 minutes that resulted to the death of five ASG members and recovery of an M14 rifle while seven Marines were also wounded.

The cadavers were identified as Mikdak Juhurim, Annin Black, Tasom Hammiri and Undil Husin that were immediately turned over to Panamao LGU. A certain Roger were also confirmed dead by the residents but his body was not yet recovered as of press time.

Among the seven wounded Marines, one sustained gun-shot wound (GSW) on the head; another also has GSW and shrapnel; two more have shrapnel; and three only have minor injuries. The three severely wounded Marines were immediately evacuated through air to Camp Navarro General Hospital in Zamboanga City while the four slightly wounded are now recovering at Camp Bautista Station Hospital, here.

Joint task Force Sulu commander Brig. Gen. Cirilito E. Sobrehana  commended the  Philippine Marine Ready Force-Sulu (PMRF-S) especially the members of MBLT-3 under Lt. Col. Ramil B. Densing for the successful operations against the Abu Sayyaf Group. The neutralization of five and recovery of the M14 rifle is another significant setback on their part.

“We will pursue our operations to neutralize ASG members and free remaining KVs’, Sobrejana added.

‘I am thankful to Panamao LGU and to the residents who gave us the information about the presence of ASG in the area that led to the successful encounter. We urge LGUs throughout Sulu and all the peace-loving Tausugs to rally behind us in our campaign to end terrorism and convert this province into a tourism hub in Western Mindanao. If we manage to neutralize these terrorists and other lawless elements, we can surely attract tourists which will provide employment opportunities to many’, he added.-Mirasol Montes/RMN-Zamboanga City